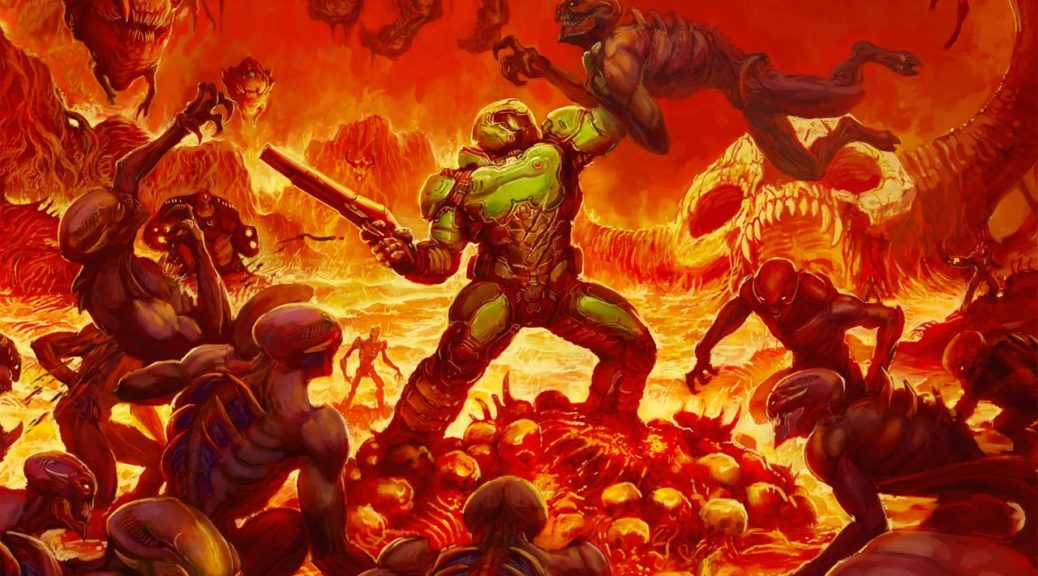 In a Twitter update by Nintendo of America and Nintendo of Europe, the company confirmed DOOM will officially launch November 10, 2017 on Nintendo Switch.

This means DOOM will be launching exactly one week before The Elder Scrolls V: Skyrim, which is arriving November 17, 2017 on Nintendo Switch. Both titles are developed by Bethesda.

Rip and tear through the demon hordes in #DOOM, coming to #NintendoSwitch on November 10th! pic.twitter.com/jiat3dny6Q

The over-the-top, demon-blasting mayhem of #DOOM drops onto #NintendoSwitch on 10/11. pic.twitter.com/7nadNkKXyp