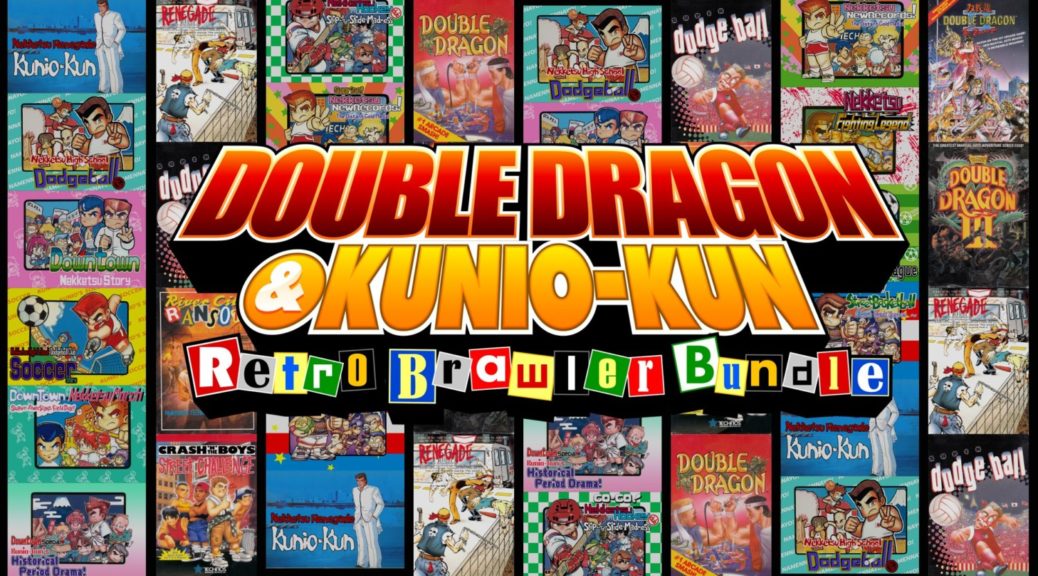 Earlier this year, we heard murmurs that Kunio-kun: The World Classics Collection would finally get an English localization outside Japan. Well, it looks like those whispers were true, after all!

Arc System Works has confirmed that DOUBLE DRAGON & Kunio-Kun Retro Brawler Bundle will indeed be hitting Nintendo Switch on 20 February 2020. The release will bring together 18 games in total, with 11 of them being officially available in English for the very first time!

Check out more details from the press release:

DOUBLE DRAGON & Kunio-kun Retro Brawler Bundle, consists of 18 titles including 7 DOUBLE DRAGON and Kunio-kun vintage games from the 80’s and 90’s, and all 11 Kunio-kun classic titles from the Family Computer Disk System that have been localized into English for the first time ever. Game genres vary from side-scrolling action, beat-’em-up, sports, and action RPG. Online play mode is available for all titles, and a total of 55 in-game missions are waiting for you to obtain nicknames and avatars to show off to your friends! Can you complete all the games?

For now, Arc System Works has not confirmed if the game will receive a physical release or be digital-only. We’ll report back if and whenever we hear more.