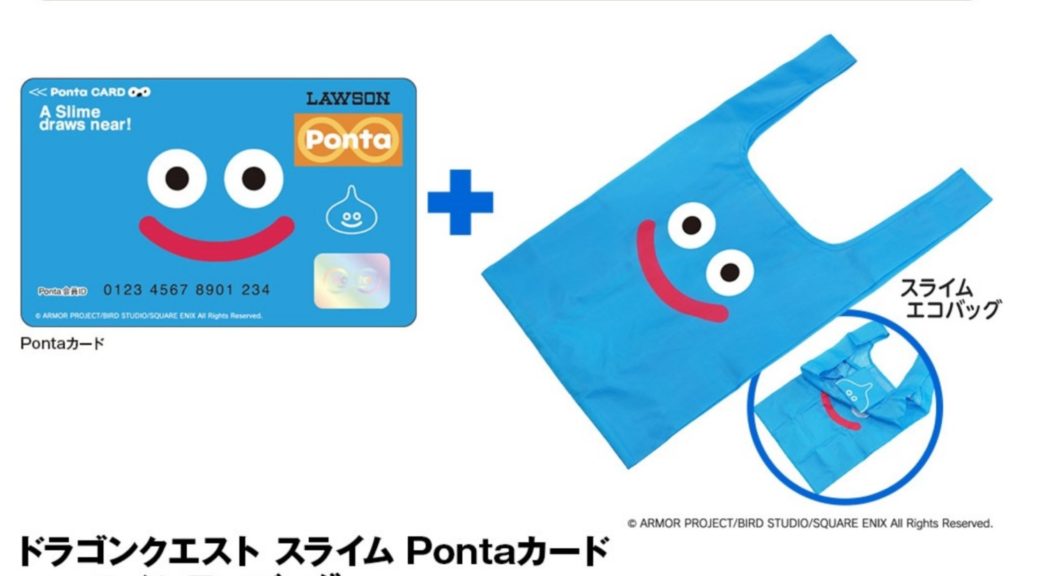 Lawson has announced a special Ponta card featuring Slime, the mascot of the Dragon Quest series.

Ponta cards are loyalty reward cards that could be used at Lawson, HMV, and other retailers. The Dragon Quest Slime Ponta Card is now available for pre-order at Lawson and HMV for 2000 yen, and includes a complimentary Slime eco-bag. 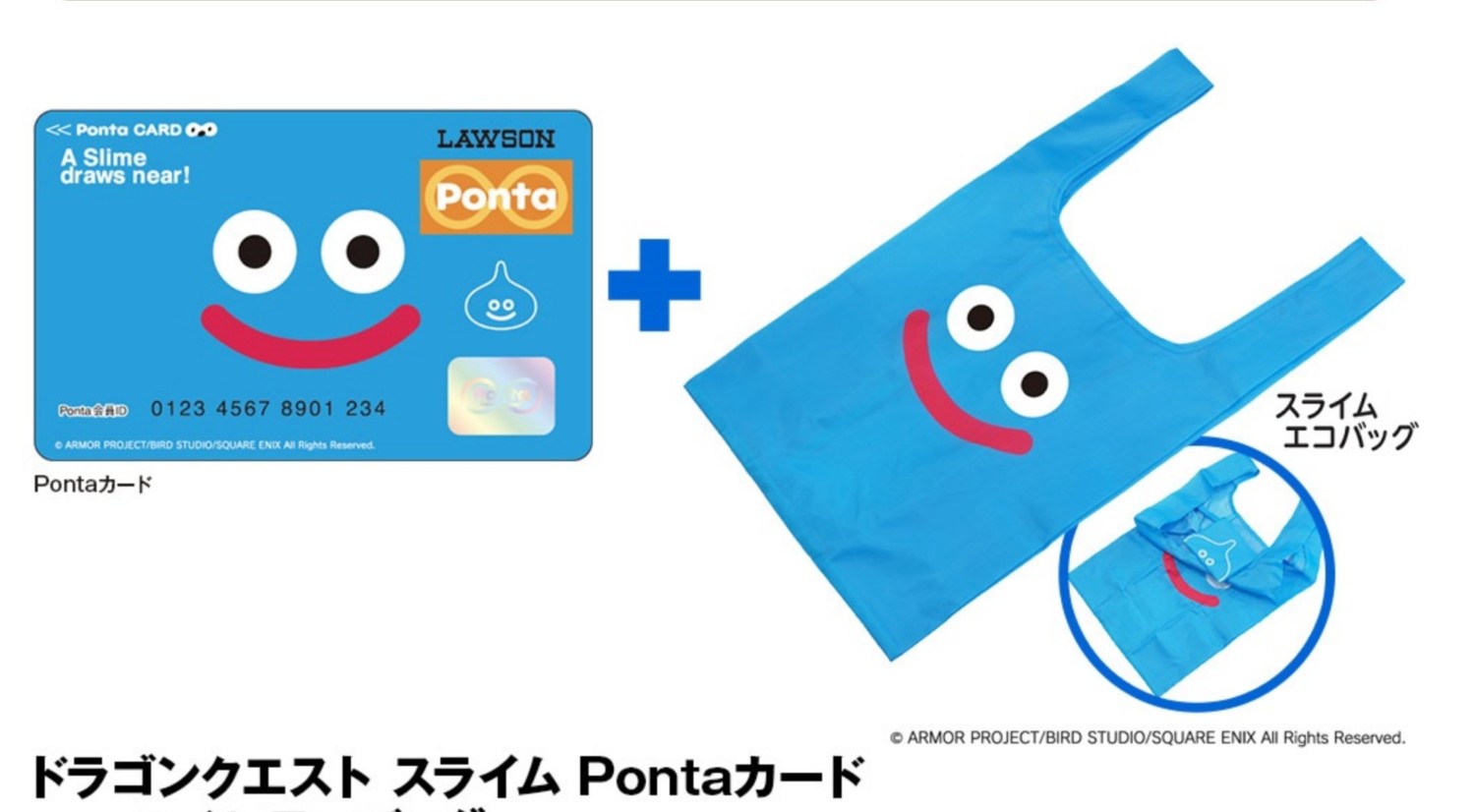