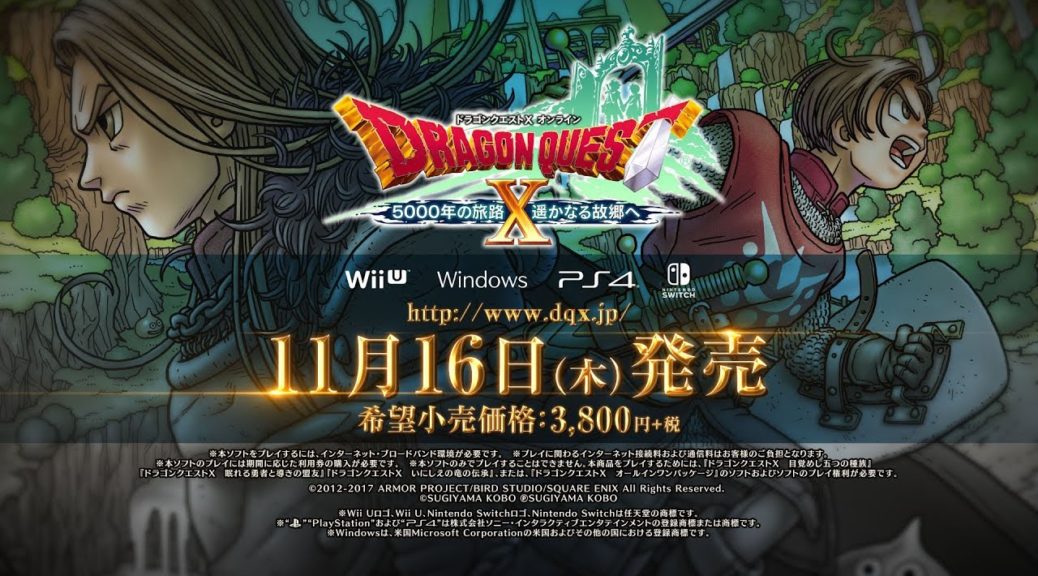 The expansion is called “Dragon Quest X: 5000 Year Journey To A Faraway Hometown”. It’ll launch on Nintendo Switch and Wii U on November 16, 2017.

A preview video for the game can be found below.