Enchanted Portals Kickstarter Campaign Revealed, Fans Debate If It Borrows Too Much From Cuphead | NintendoSoup 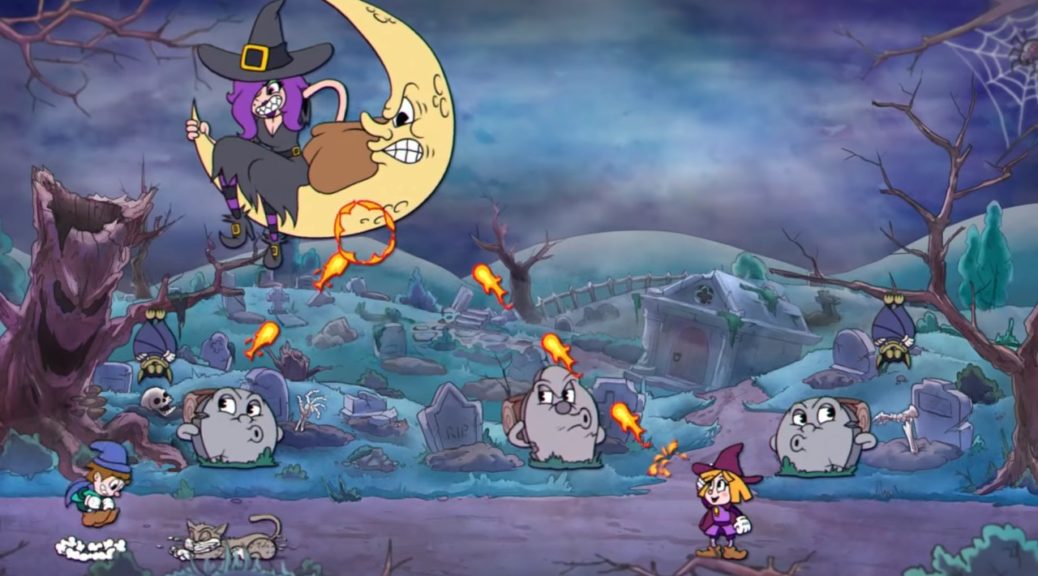 Looking for some more hardcore boss fights and platforming action? Depending on your perspective, this new title from Xixo Games Studio might be the perfect fit or rip-off for you.

Earlier this week, the developer revealed a new Kickstarter Campaign for Enchanted Portals – which they hope to bring to Nintendo Switch. One of the main draws of the project is that it will feature similar graphics and gameplay to the popular Cuphead. You can check this out in the trailer below.

The response to this trailer, however, has been far from squeaky clean. Many fans are now debating (and arguing) about whether game borrows a little too much from Cuphead.

On one end, many accused the game of ripping off Cuphead’s animations completely – with some fans upset that it didn’t do enough to differentiate itself as something original. Of course, some even posted memes mocking the game.

A video game called Enchanted Portals has had a lot of people call it a ripoff to Cuphead and I have to agree with that consensus. This game feels almost plagiaristic as it has the same mechanics and the art style Cuphead achieved so well. This game is not off to a good start. pic.twitter.com/4YllrWeru4

As an aspiring game dev, I have no real interest in putting down people's hard work, but I do want to say that I sincerely hope that #EnchantedPortals brings more to the table than what their kickstarter trailer suggests, because I'm seeing little innovation, and it makes me sad. pic.twitter.com/qh2P1aMBXM

Of course, many also rose to the game’s defense – stating that there was enough room for more Cuphead gameplay in the market. Others simply felt the outrage was unnecessary, and appealed for cooler heads.

The new game #EnchantedPortals looks obviously inspired by #Cuphead but there's room for both games.

If anything, this game will make people want to play Cuphead even more, since Cuphead's beauty and style are simply unmatched. https://t.co/Dt8F9byT37

This game really does not deserve to be shit on for playing and looking like Cuphead. Don't we WANT more stylized games like this? People thought #Cuphead was revolutionary and cool looking, what's wrong with #EnchantedPortals? https://t.co/j8mrHYc9DX

people keep calling #EnchantedPortals a cuphead ripoff??? idk how to tell yall this but you can't copyright rubberhose style????

I'll admit i'm super biased cause I don't like cuphead's art style like at all but you guys really need to be less mad at something that clearly has a lot of work put into it and looks a lot more like an "Obviously inspired by" feel to it rather than a ripoff. #EnchantedPortals

I feel like #EnchantedPortals should not be attacked on a level like this. #Cuphead doesn't own the rubberhose animation technique or the 2D shoot 'em up game style. These creators are just big fans of Cuphead wanting to share their art in the game style that inspired them.

In the end, the situation became so incendiary that Xixo Games themselves had to step in and comment:

“Yes, of course Cuphead was a huge inspiration for Enchanted Portals. We’re both avid fans and we wanted to make something similar, but always from a place of respect and admiration for the original. We were prepared for some backlash, but the trailer definitely reached way more people than we could ever anticipate, and all the hate and negativity coming our way has definitely had a huge impact on us.

That being said, along with all those negative responses, a lot of people have also reached out to us to say they adore the game and they would love to see it succeed. So we’re trying to turn our attention more towards all those who are supporting us and sending their love for the game.”

Overall, the project looks like the project is off to a rocky start. We’ll just have to wait and see how it does when the official Kickstarter Campaign kicks off on 24 October 2019.

In the meantime, what do YOU think? Does Enchanted Portals take too much from Cuphead? Is it fine that they’re really similar? Would you like to see the game on Nintendo Switch? Feel free to share your thoughts and comments!