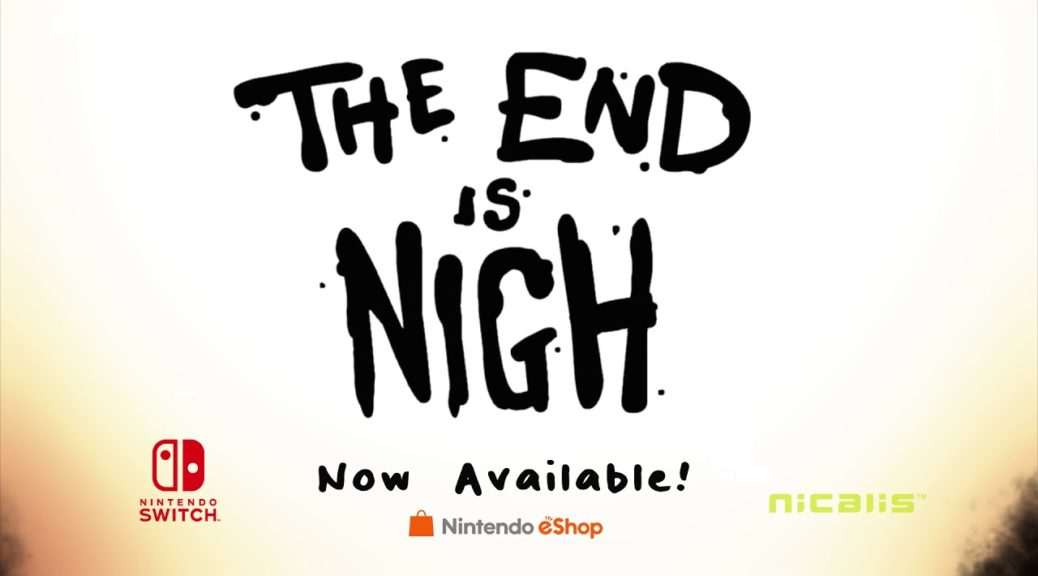 Nicalis’ latest post apocalypse platforming adventure The End is Nigh is now out on Nintendo Switch in North America and Europe.

To celebrate, the publisher has released a launch trailer for the game.

In The End Is Nigh, a lone survivor named Ash travels through dangerous terrain in search of a head, a body and a soul. His goal is to construct a friend who can share in the joy of playing the video game cartridges that still remain after all the other players are gone. Ash survives by leaping, hanging from ledges and swimming through toxic waters, smashing through barriers and outsmarting bloodthirsty mutants with perfectly timed jumps and precision maneuvers.

“The End Is Nigh is one of the most challenging video games you’ll ever play,” says Nicalis president Tyrone Rodriguez. “But it’s never frustrating because we let you keep trying, as many times as it takes, until you succeed. And it feels great when you do, because it’s like you perfected a new skill…it actually makes you a better player.”

The End Is Nigh is the newest project from beloved indie game designer Edmund McMillen and Tyler Glaiel. The hardcore game mechanics, dark humor and audio-visual aesthetics represent a natural evolution from his previous games.