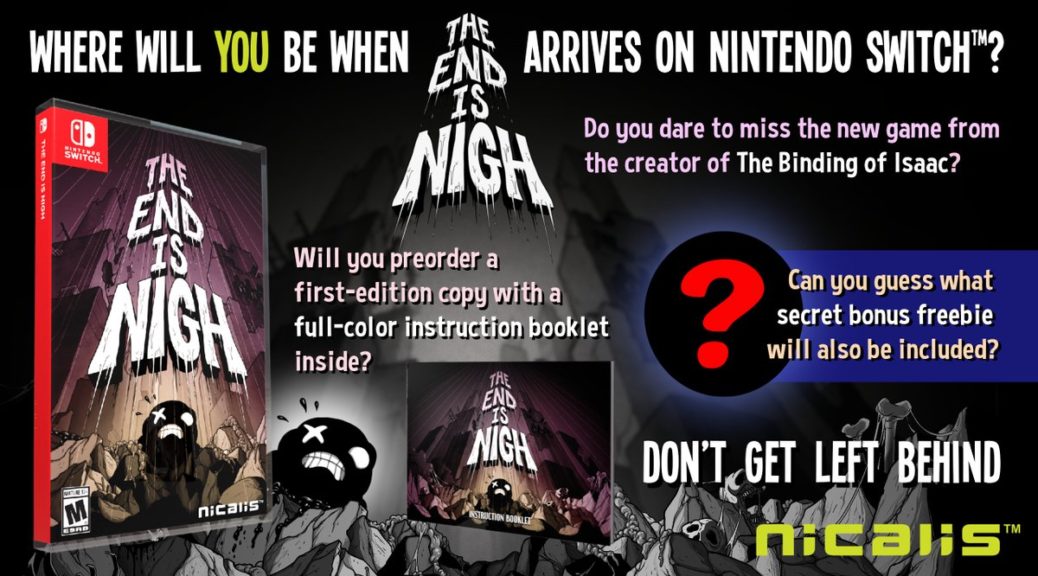 Nicalis has released an image of the physical copy of The End is Nigh, which is coming to Nintendo Switch.

According to the image, launch copies will come with a full color instruction booklet. There’s another bonus freebie which has yet to be revealed.

The End is Nigh will be available at retail for USD29.99 in North America. No release date has been announced yet.