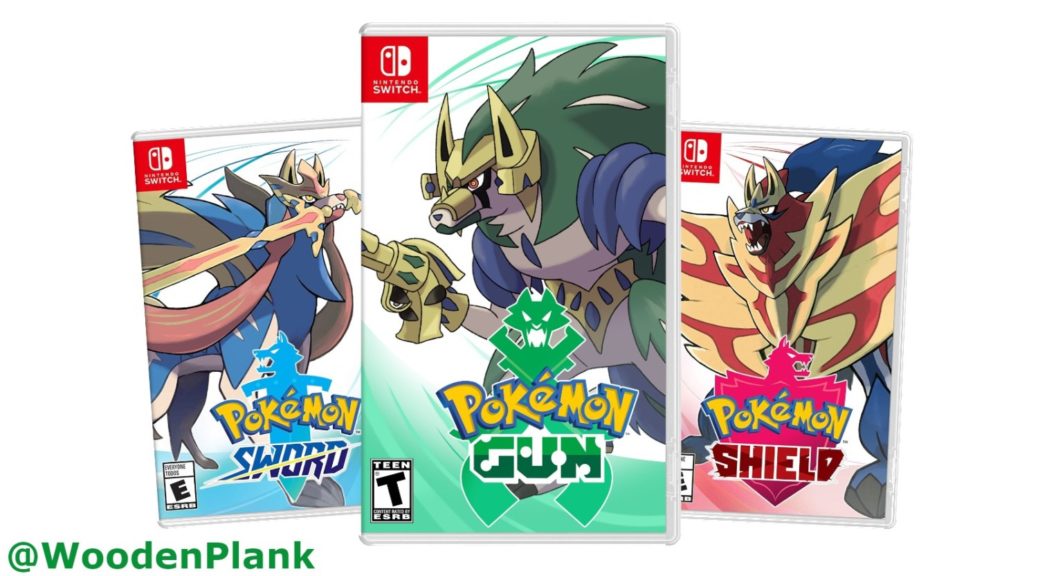 Back when Pokemon Sword and Shield was first announced, fans made numerous memes and jokes about a possible third entry in the series called Pokemon Gun, to the point where one newspaper reported the game as official.

Today,  Abel Hagen, artist of the webcomic Wooden Plank Studios, has drawn his own rendition of a cover Legendary for the meme as part of his Fake Monday series. The Pokemon is called “Zagurinu”, and has been drawn in a style that closely matches the look and design of Zacian and Zamazenta. Hagen even went as far as to create a fake boxart for his creation, which you can see below: 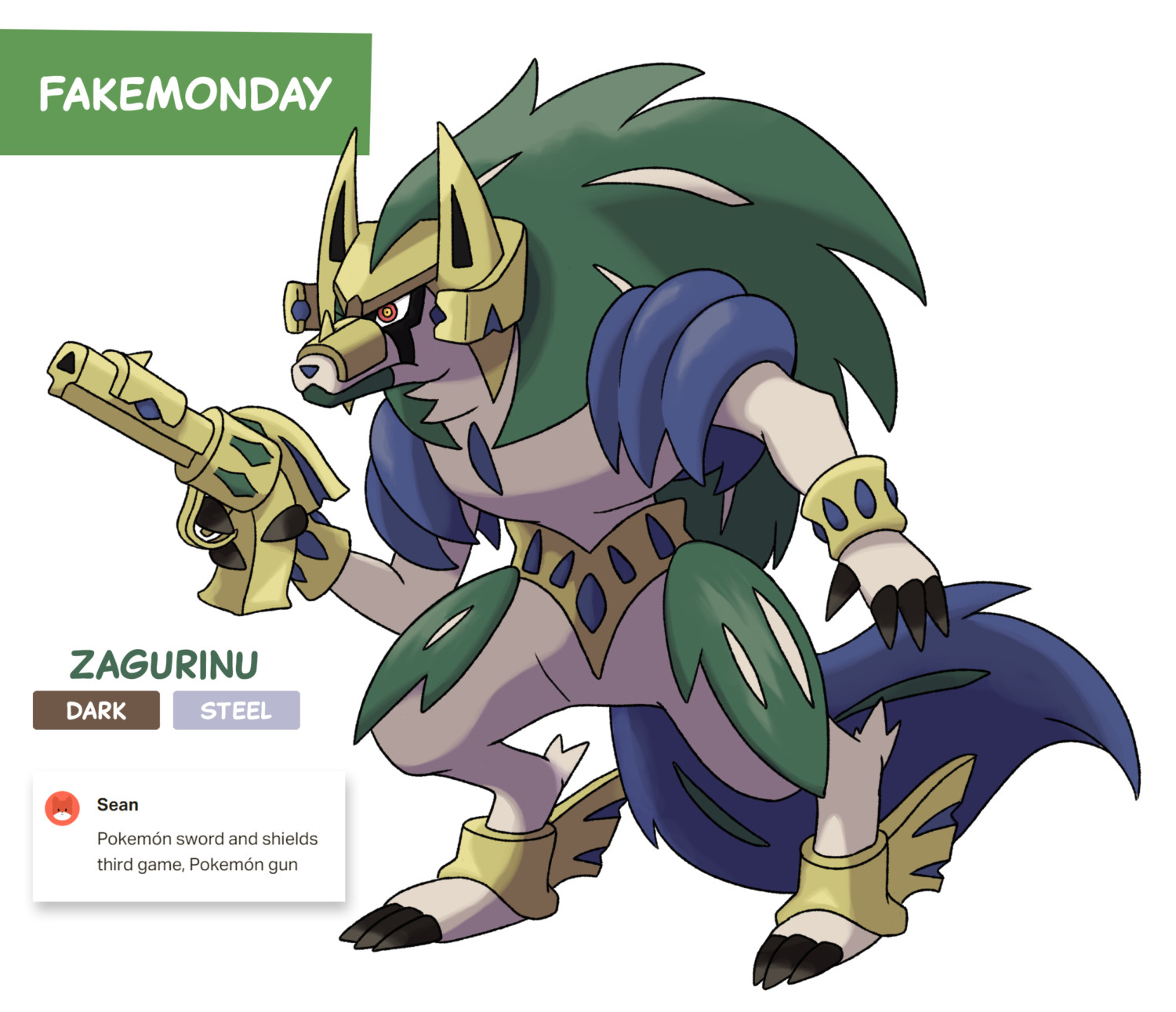 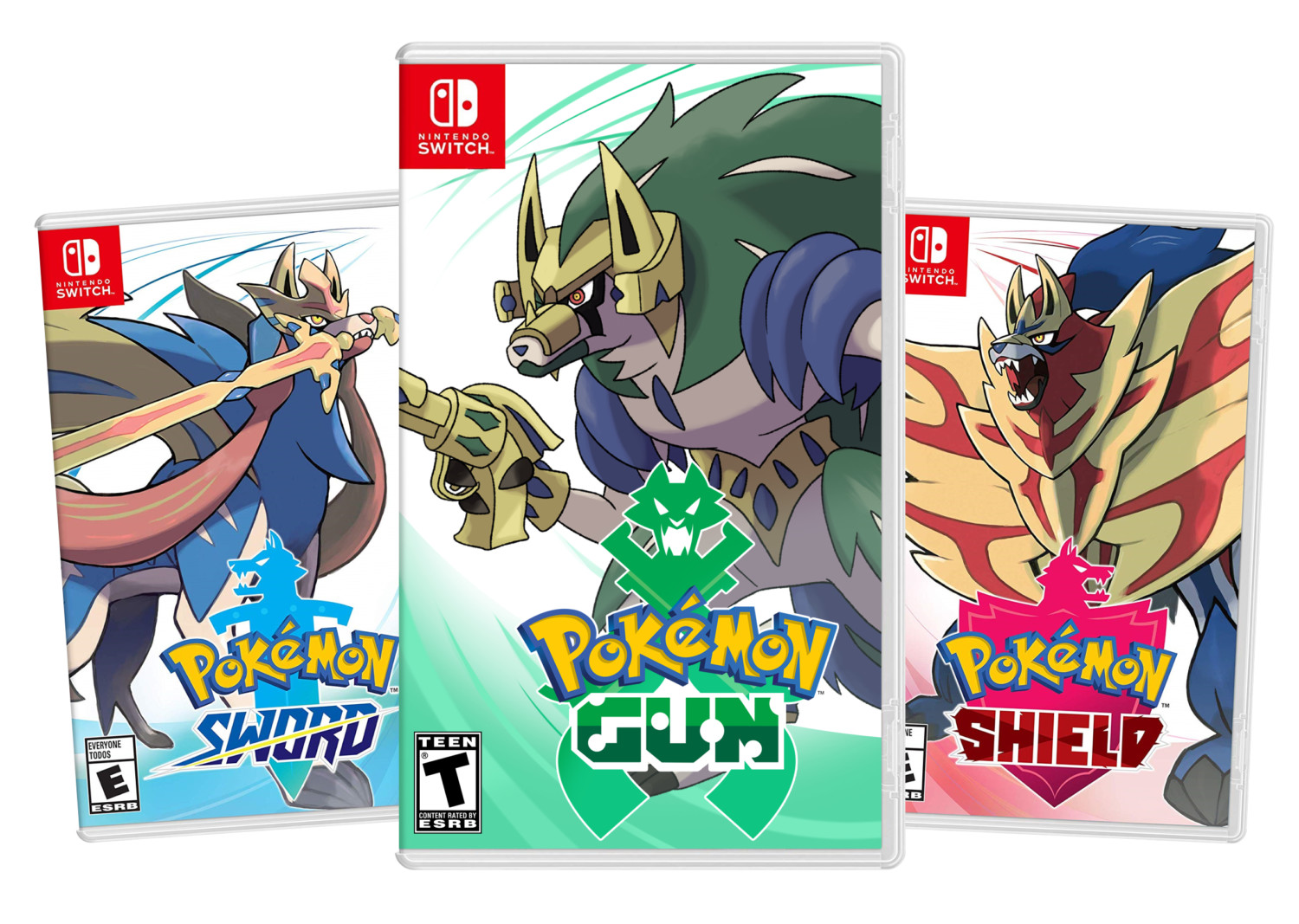