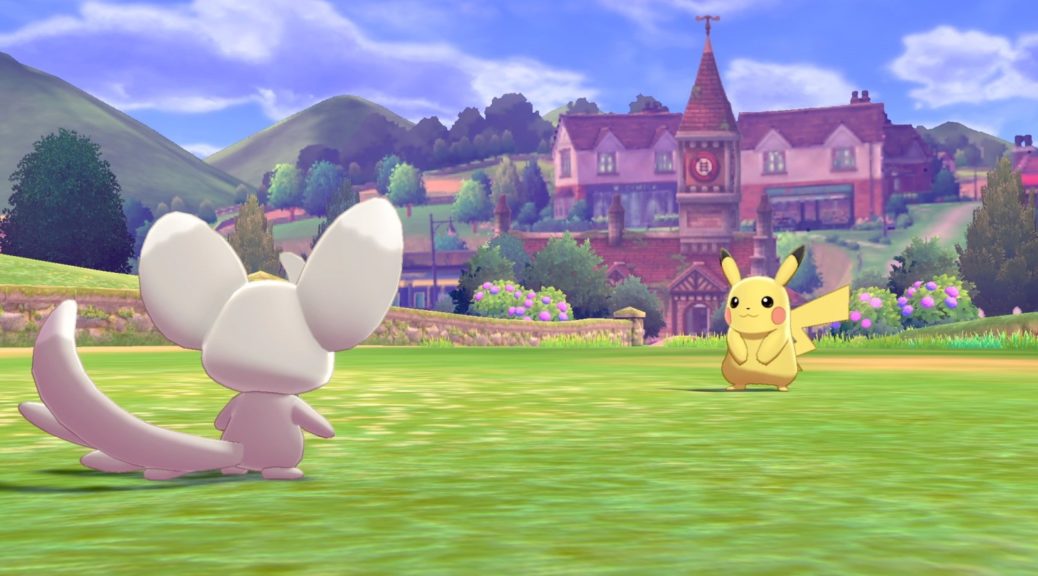 Check out the trailer, details, screenshots, and artwork below:

The Pokémon Sword and Pokémon Shield games take place in the Galar region. Galar is an expansive region with diverse environments— an idyllic countryside, contemporary cities, thick forest, and craggy, snow-covered mountains. The people and the Pokémon who live there work together closely to develop the industries in the region. Fans will have the opportunity to visit various Gyms in the Galar region in their quest to become Champion. They will not be alone, since the newly discovered Pokémon they choose to be their first partner will be by their side.

“Pokémon Sword and Pokémon Shield are the latest exciting adventures in the Pokémon video game journey that began twenty-three years ago on this day,” said Mr. Ishihara. “Since then, Trainers around the world have discovered new Pokémon, engaged in epic battles, and made countless memories along the way. We look forward to continuing this journey by exploring a stunning new region in the Pokémon universe when the games launch later this year on Nintendo Switch.”

The adventure begins in Pokémon Sword and Pokémon Shield when players choose one of three new Pokémon—Grookey, Scorbunny, or Sobble. Grookey, a Grass-type Chimp Pokémon, is mischievous and full of boundless curiosity. Bursting with energy, Scorbunny, a Fire-type Rabbit Pokémon, is always running about. The stealthy Sobble, a Water-type Water Lizard Pokémon, shoots out attacks as it hides itself in water.