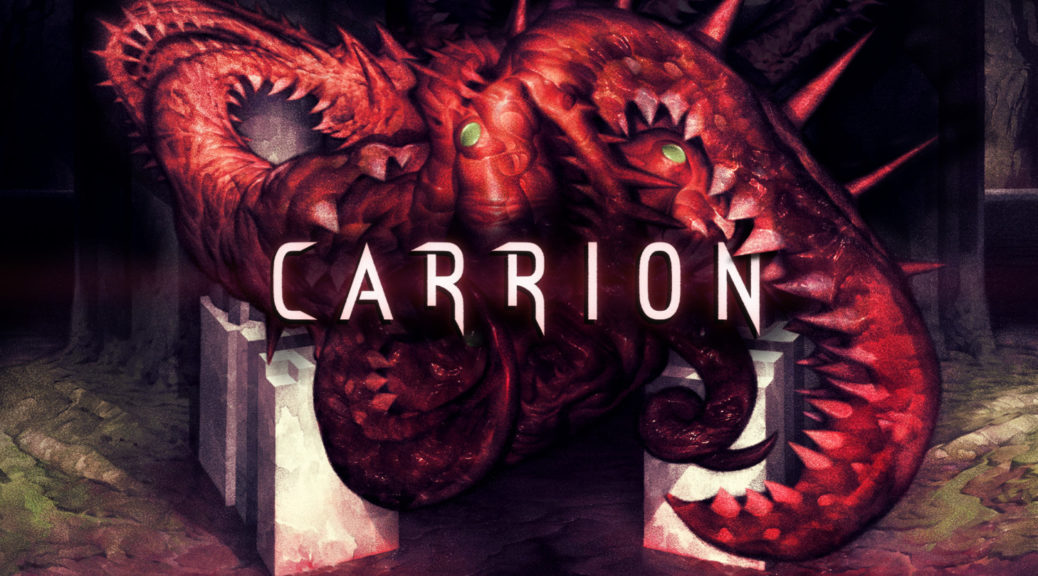 Carrion is a reverse horror game that pulls you into a mysterious facility that you terrorize in your attempts to escape. While this sci-fi horror setting may seem familiar, you’ll be seeing it with fresh eyes. Because this time… you’re the monster.

Devolver Digital first announced Carrion during 2019’s E3 at their Devolver Digital Direct and it immediately stood out to me. Switching the perspective and role that you can play in this horrific scenario was by itself a refreshing take on the genre. But just how much weight can that premise hold? 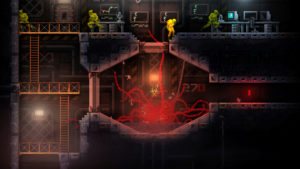 Carrion does an amazing job at placing you in the mind of a lost, hungry, monstrous creature that is just trying to get out and survive. There is of course a factor of pesky, tasty humans that cower as you rush through the vents beside them. Just seeing the reactions of people as you dashed through the tunnels was fascinating to watch and hear because while the designs for people are simplistic you can understand them pretty well through their motions and the sounds they emit. 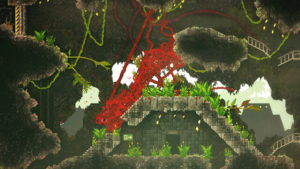 Carrion maintains tension by giving you just enough abilities to progress while letting you enjoy how you consume your victims through immobilization, mind control, and several other upgrades that you find along the way. Consuming humans will help you regain health and grow in size. Unlocking upgrades and eating humans will also help you reach new areas and slowly spread and multiply to dominate the underground area you were being held. 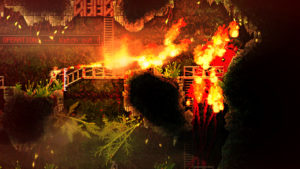 The humans are not completely unarmed in this space and can actually hurt you if you’re not careful. You’ll encounter organic enemies that hold different weapons including deadly flamethrowers along with mechanical ones that are harder to kill and indigestible.

You might assume that having enemies that even stood a chance against the deadly monster would ruin the power balance that this game’s premise inverts but it feels pretty balanced overall. Carrion takes advantage of these moments to show that the monster is not just brute force but also cunning in how it hunts its prey with speed and strategy. You can choose to mind control a soldier and destroy the other enemies before they notice, sneak up behind enemies by bending the light around you, or charge everyone with a body covered in spikes. There are certain risks tied which abilities you use thanks to the biomass mechanic. 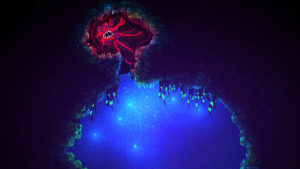 As you grow in size and absorb DNA to learn new abilities you will discover that certain abilities can only be used at specific sizes. So you have to go to incubation areas and drop off excess mass to be able to use your grapple and eat enough humans so you can bash through wooden barriers. And this also applies to the combat. You can use powerful attacks in your larger sizes but become a bigger target with less ways to escape. While on the other hand, you can use stealthier abilities at smaller sizes but have less hit points. There’s usually an incubation area nearby combat areas to let you decide the best approach to the situation which I definitely appreciated.

This game is incredibly addicting. I couldn’t put it down for hours just trying to find out where I was supposed to go and planting my monstrous children all over. As for performance, I only noticed frame drops near checkpoints and not really anywhere else. I really felt the speed of the monster I was playing as I darted through different areas. The whole experience felt like a twist on Metroid except you’re in your own territory and humans are the aliens. 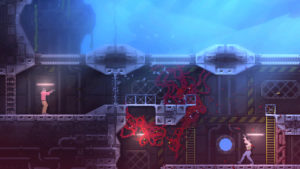 Whenever I thought I might be getting bored of the game, the narrative switches to a mysterious group of humans seemingly exploring the same area that you are in but at a different time than the present. It slowly pieces together the truth behind the facility where you are located and is woven into the general game-play at a great pace though I won’t spoil too much about what happens in these segments.

My main criticisms are the sensitivity of some of the joystick controls which can interrupt the flow of the game a bit since you often use the joystick to control tentacles that move levers up and down to open gates. It felt like my tentacle had to precisely grasp those small levers to make them work properly. So that aspect of the game might be more suited to having a mouse but was not too big of an issue.

Another area that I found less terrifying and more headache inducing was the sense of direction that was missing. There were a few times that I had to cycle through every room I had been through when I couldn’t figure out what to do next and it could be a hassle to figure out how to get back. Checkpoints helped a little bit but a map would have been very helpful in these cases. When I did get a sense of what my actions were unlocking and where I was supposed to go, the narrative did flow naturally.

I think Carrion is definitely worth checking out with its unique approach to games in this genre and execution of gameplay and story. I was driven to keep going because of my own curiosity but also the need to escape this massive facility where the identity of the true monster is unclear.

Verdict: This soup has an unusual flavor unlike any other, but once you end up liking it you’ll definitely crave for seconds! And there’s a ton of additional servings to go around.

A review copy was provided by Devolver Digital for the purposes of this review.