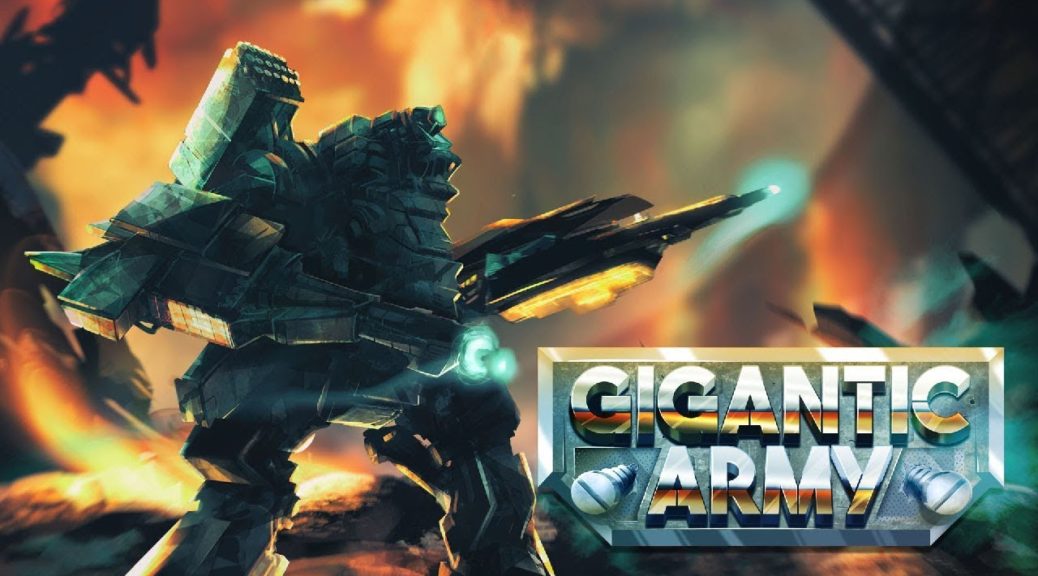 A mecha throwback to the 16-bit era is now blazing a warpath onto Nintendo Switch.

Gigantic Army will be hitting the Switch eShop on 21 February 2019, for $8.99 USD. Take up robot arms, and wipe out the dastardly Ramulons once and for all!

Check out the announcement trailer with more details below.

Mankind’s war against the Ramulons has reached the planet Ramulon itself and it is now down to YOU to pilot the ‘GMR-34 SALADIN’ – a Manned Combat Robot – and take on the Ramulon army. Customize your arsenal of explosive, projectile and plasma weapons, and combine them with melee attacks, thrusters and shield to take the fight to the enemy and end the conflict!