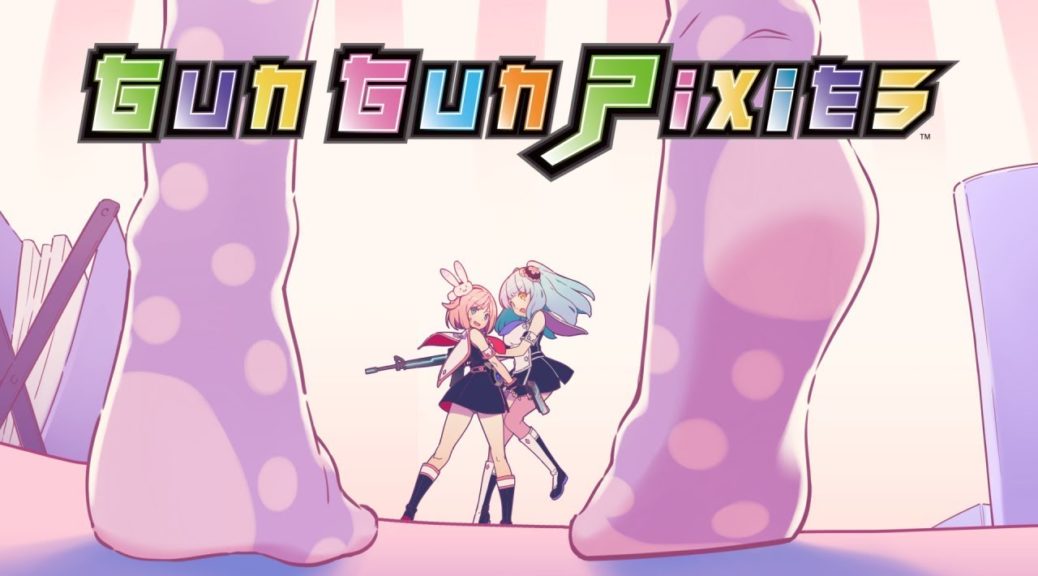 Looking forward to the bizarre and lewd shooter action of Gun Gun Pixies for Nintendo Switch? If you live in North America, you may need to wait a little longer to get your hands on the game.

The publisher also revealed a new trailer for the title, which you can check out below. Namely, we get some snippets of its ridiculous third-person shooter gameplay, with some teases of crossover content from the Neptunia series as well!

PQube (London, UK) – August 28th, 2019 – PQube and developer Compile Heart are excited to share a new trailer for Gun Gun Pixies today! It showcases gameplay of the crazy Japanese third-person-shooter, landing in Europe physically and digitally for Nintendo Switch on September 6th! The game is out digitally in North America on September 10th and physically on November 1st. The PC/Steam version of Gun Gun Pixies will also be available worldwide on November 1st!

The new trailer introduces the two Pixies Bee-tan and Kame-pon as they are investigating the rooms of the women’s dormitory to find out about human behaviour. Although the cute residents are present most of the time, they are distracted by doing Yoga, exercising, trying on outfits, bathing, other relaxing pastimes or studying. Use this opportunity to barrage them with harmless happy bullets in order to pacify them, so that you have enough time to study their social conduct! 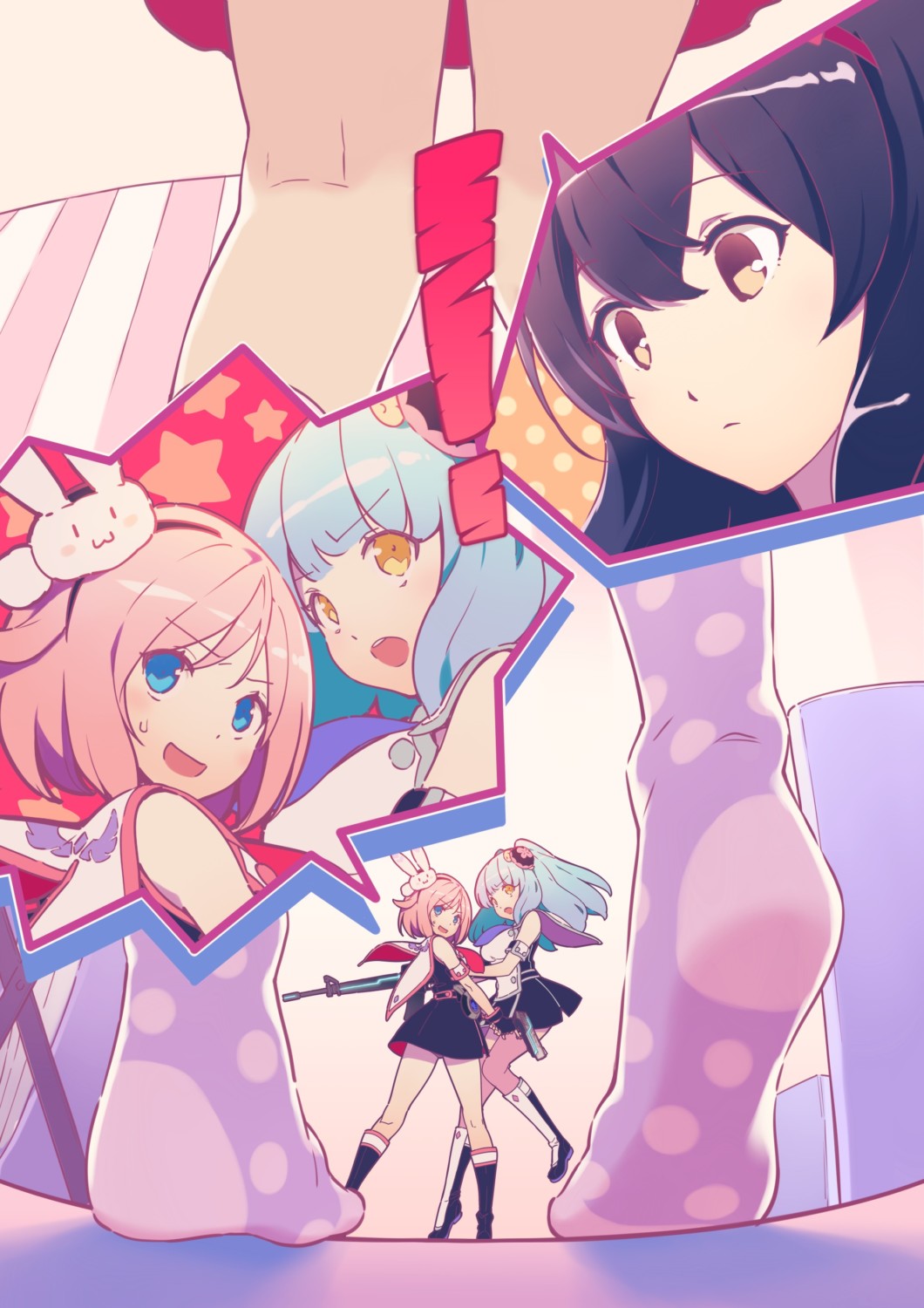 Sneak around the dorm and climb furniture to search for non-combat story scenarios or get good venture points for sniper shots to pacify the girls. Collecting large coins hidden around the levels and completing objectives lets you unlock new weapons, lingerie, gadgets and costumes.

This and more awaits you in the craziest missions you will embark on this year with Gun Gun Pixies! 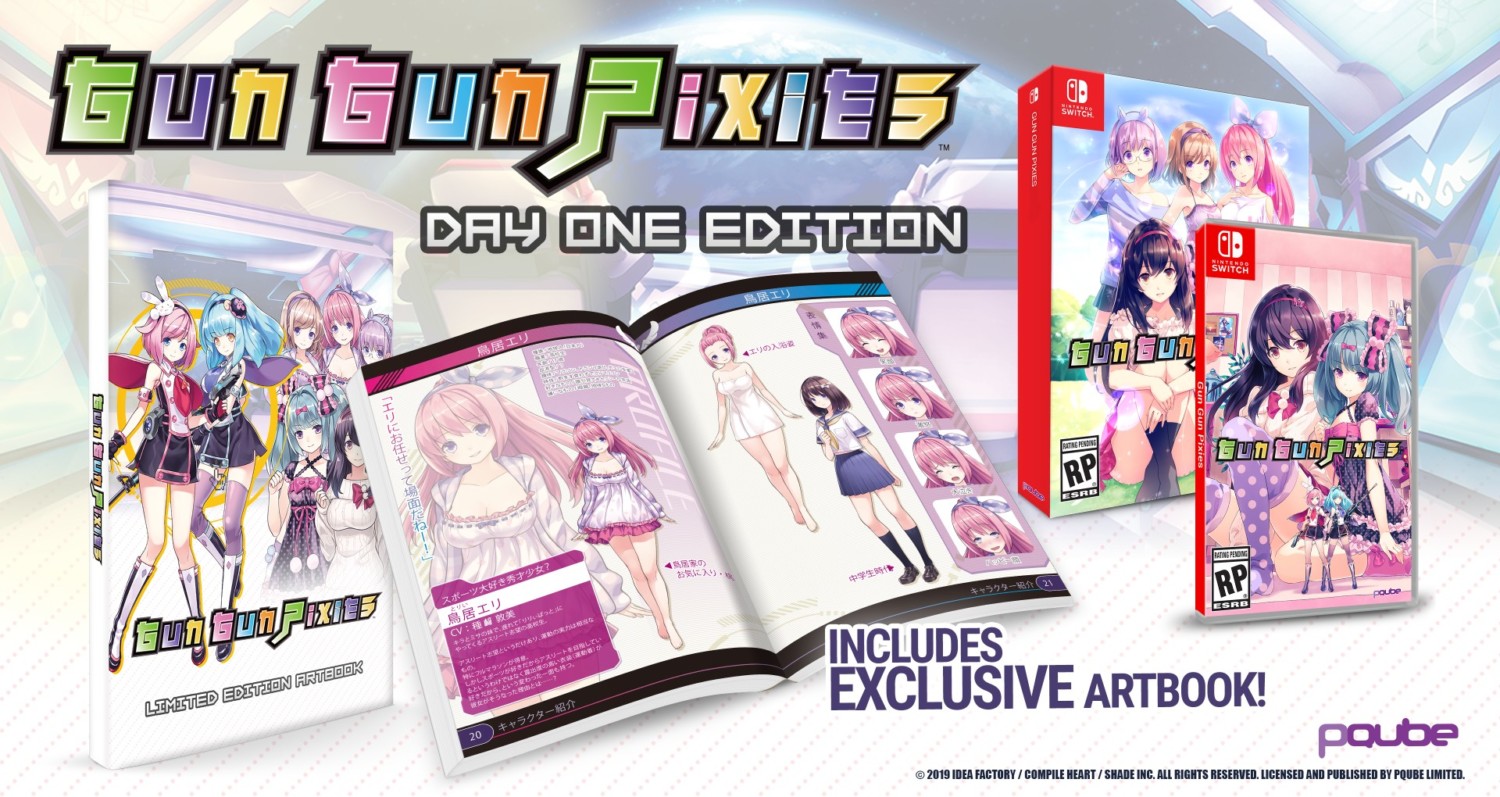 If we didn’t have you at “tiny girls from outer space infiltrate a women’s dormitory”, the Day One Edition of Gun Gun Pixies comes in a special Nintendo Switch collector’s box that includes the game and a high quality artbook! Countless concept drawings, gorgeous key artworks, all characters in alternative outfits and more make this goodie an indulgence for every manga/anime lover.