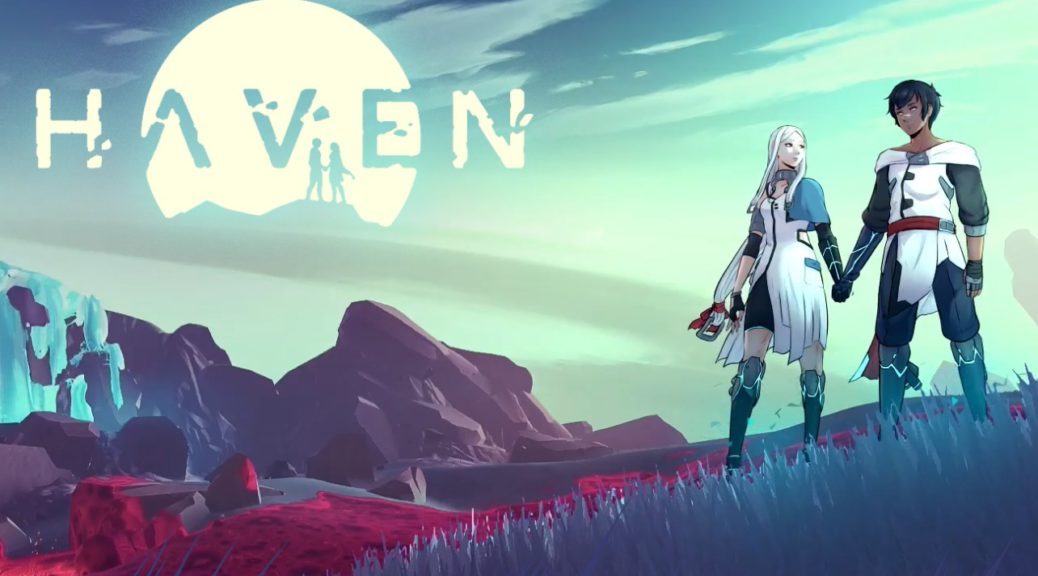 Several months ago, the developers of Furi announced their all-new title Haven – an RPG about two lovers exploring a lost planet. While details were sparse at the time, we now have confirmation that the game is heading to Nintendo fans!

The Game Bakers have released a new trailer and press release for the title. In particular, we get an extensive look at some gameplay, with the couple flying through their world, collecting resources and more! Additionally, the press release confirms the Nintendo Switch, PS4, and PC as launch platforms in 2020.

Check out all the details below.

In Haven, you share the journey of two lovers escaped to a lost planet. You play as Yu and Kay, gliding over the grasslands of a shattered world, unraveling its mysteries looking for a way to stay together.

“Haven is a very accessible RPG, a relaxing game. It’s purposefully a very different experience from Furi.” writes Emeric Thoa, the game creative director. “But as with Furi, we tried to make a game that you have never experienced before. The story of a couple fighting for their freedom, an established relationship: what love looks like when you’ve moved past the early seduction phase, when you can be your true self with one another… I don’t think that’s been done much in video games.”

Haven is a story-rich adventure, with touching characters with whom you fall in love as you follow them through their challenges and everyday life. But it’s also a (J)RPG with an innovative combat system that lets you play the two characters at the same time, chaining actions using tactics and timing. “It’s a game with many inspirations, but to sum it up, Haven is kind of the lovechild of Journey meets Persona” explains Emeric Thoa in his blog post about the game experience and influences.

The light science fiction world of Haven is coming to life thanks to the dreamy art direction and an original electro soundtrack by Danger, with a range of tracks that will carry players from the energy of a sunny morning to the tension of a fight in the mountains at night.

Haven is a solo game at its core, but at any time, a second player can jump in locally. Players can then share a moment of exploration and progression together.