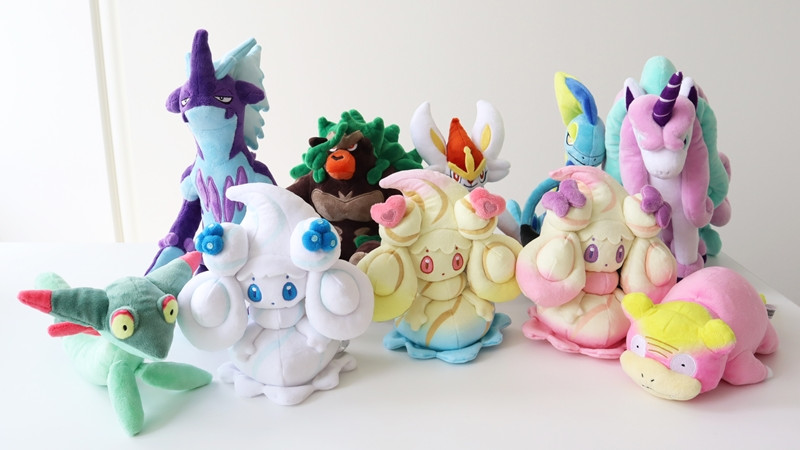 Wondering if you should dip into Sanei Boeki’s next big Pokemon plush collection? Here’s a new peek at what the plushies will look like in person!

The Pokemon Company has released more official photos for Series 16 of Sanei Boeki’s All Star Collection Pokemon plushies – which will feature Rillaboom, Cinderace, Inteleon, Toxtricity (Low Key Form), three variants of Alcremie, Dreepy, Galarian Slowpoke, and Galarian Rapidash. Check them all out in the gallery below:

As reported previously, these plushies will be releasing on 24 April 2021 in Japan. You’ll be able to pre-order them via the Amazon Japan links below (while stocks last; all ship worldwide as long as the seller is stated as “Amazon.co.jp”).