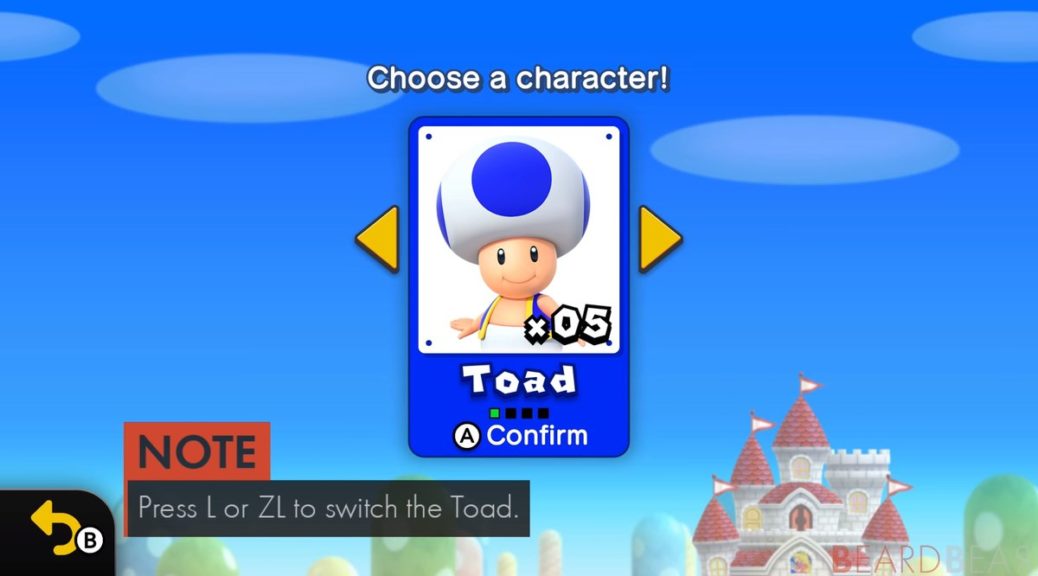 Today we have a piece of good news to share with those of you playing New Super Mario Bros. U Deluxe later this week.

Despite Blue Toad’s absence on official materials, we can confirm today that he’s indded playable in the game. To play as Blue Toad, select Yellow Toad on the character selection menu and press the L or ZL button. Here’s what you will see:

If you’re playing with one or more person, please keep in mind other players will not be able to play as Yellow Toad if you are playing as Blue Toad.