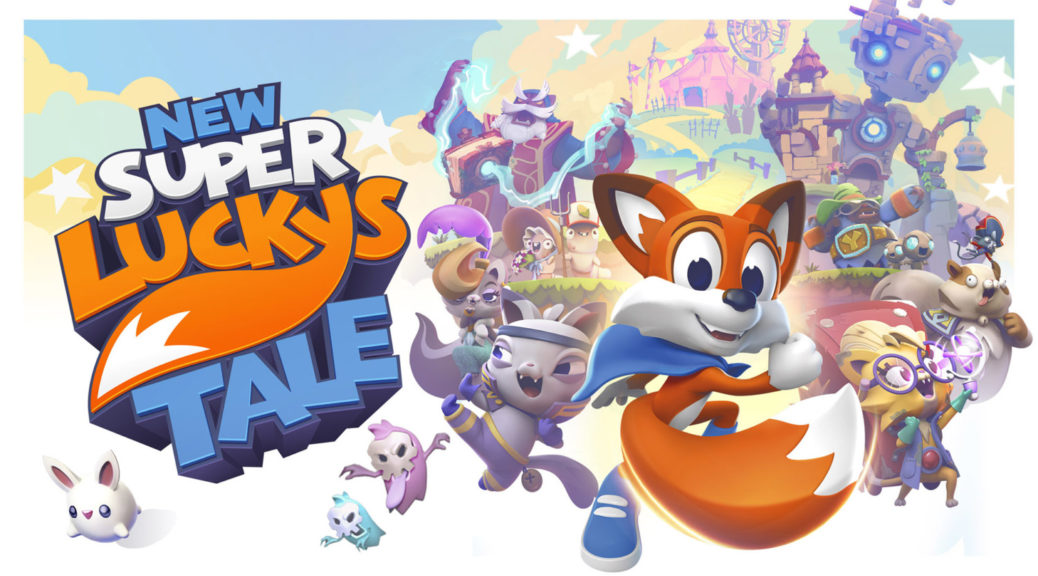 One of the Nintendo Switch announcements that might have flown under the radar is the reveal of a game called New Super Lucky’s Tale, an adorable platformer from the folks at Playful Studios. We had the chance to try out the game’s first demo at E3, and it’s shaping up quite nicely. 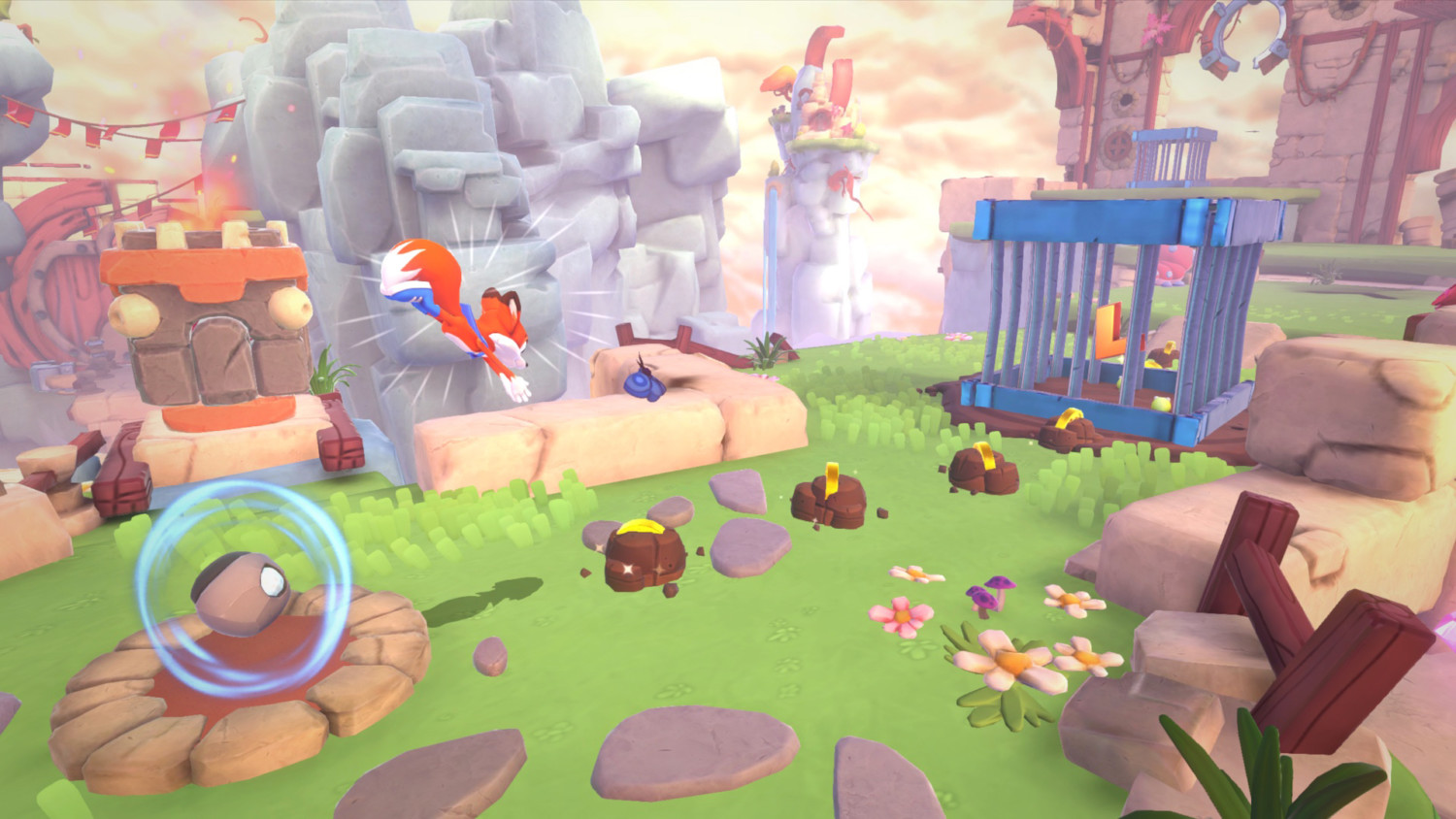 New Super Lucky’s Tale is a rebuilt and revamped version of Super Lucky’s Tale, created specially for the Switch. And the game feels at home on the console. The clean graphical style is simple, but very well done. There are, of course, tons of visual flourishes and effects to bring the game’s world to life. Performance-wise, it felt incredibly polished and consistent. 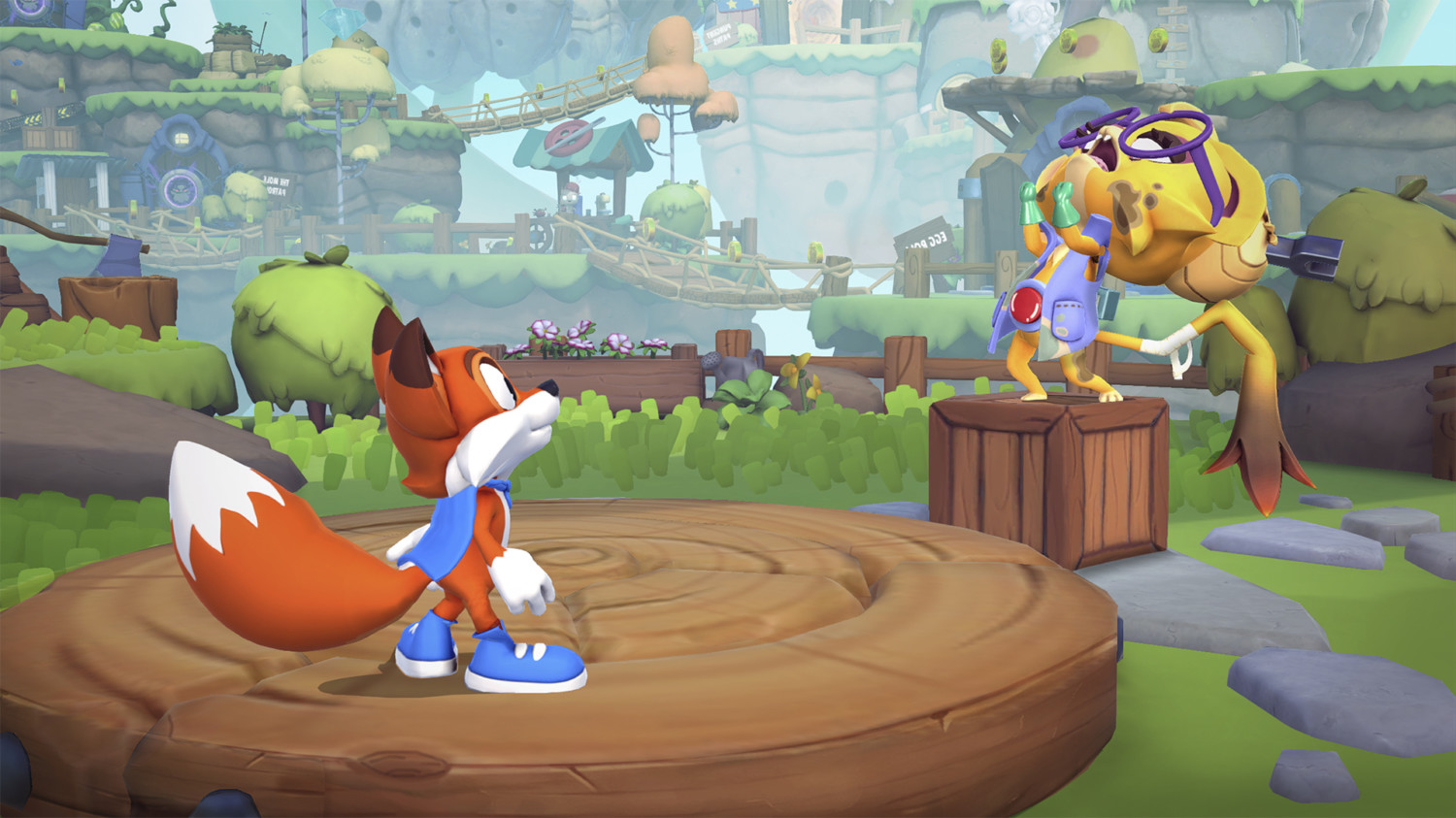 In the demo, we were tasked with reuniting some robots with their heads, exploring a brightly colored tutorial stage. Lucky, the game’s indescribably cute protagonist (seriously, look at the little guy!) is a capable fox, with a double-jump, tail whip, and his signature ability to burrow underground. Burrowing allows you to travel faster, and even attack enemies from below. 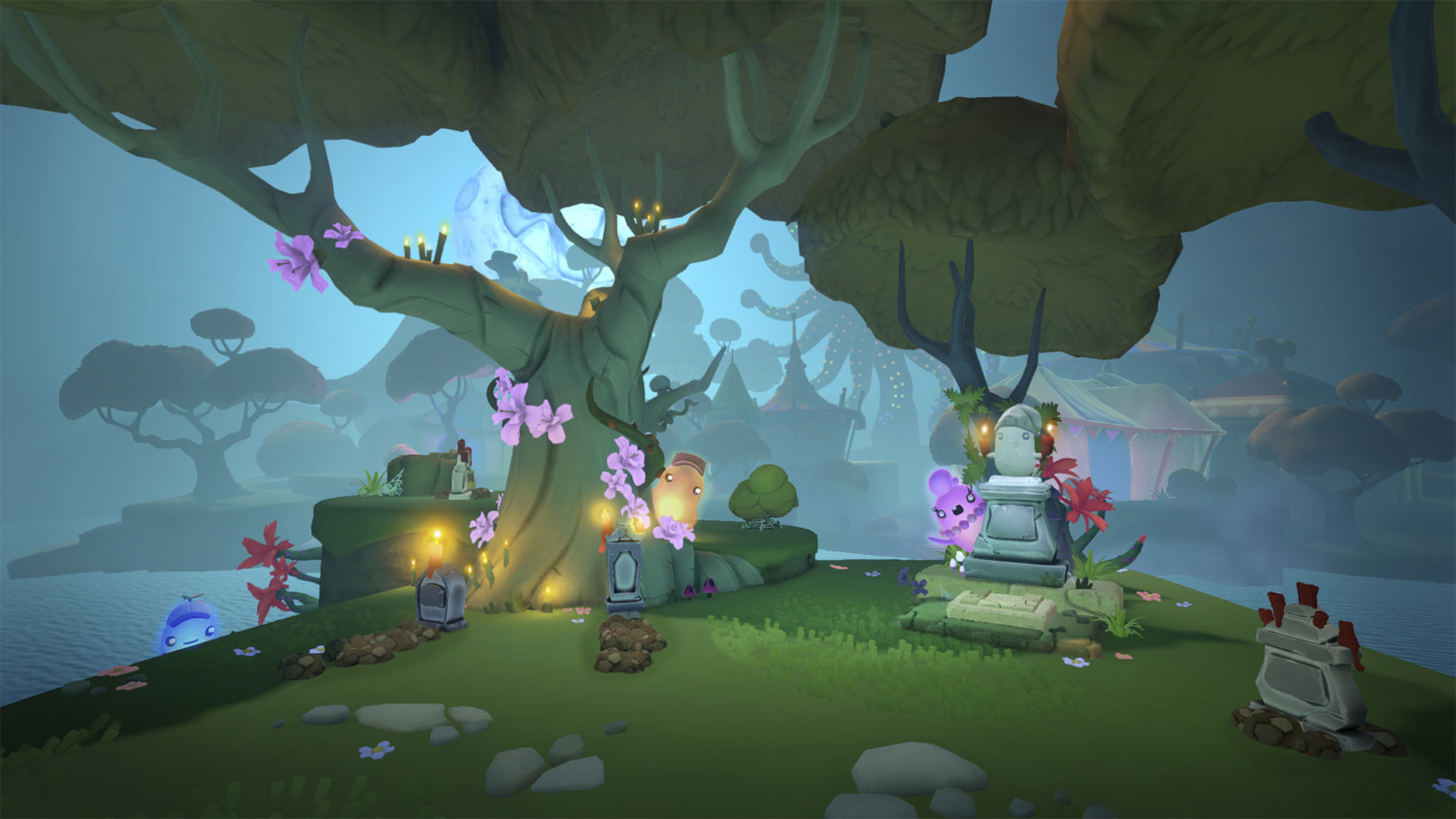 The short demo was stuffed with optional collectibles, including hidden letters spelling LUCKY, a quota of coins for a bonus reward, and a secret bonus challenge. I thought I was thorough, but still missed a few items; New Super Lucky’s Tale will have a lot to offer for completionists. 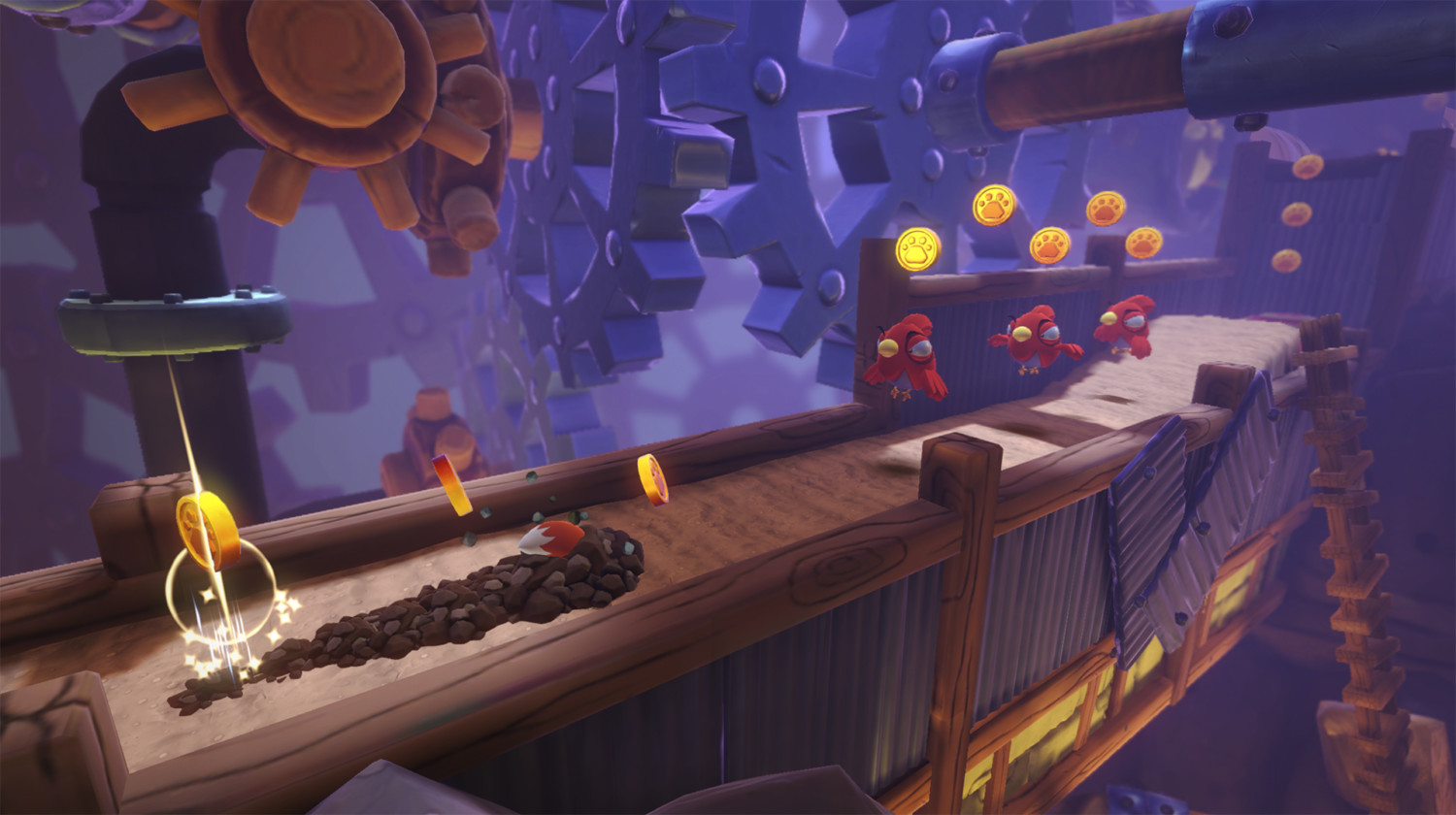 The one thing the game might not offer (at least based on the demo) is a challenge. Lucky moves a bit more slowly than other platform heroes, and enemies didn’t put up much of a fight. Naturally, we’d expect later levels to feature trickier jumps and japes, but between the art style and the difficulty, Lucky seems to be aimed at a younger audience overall. 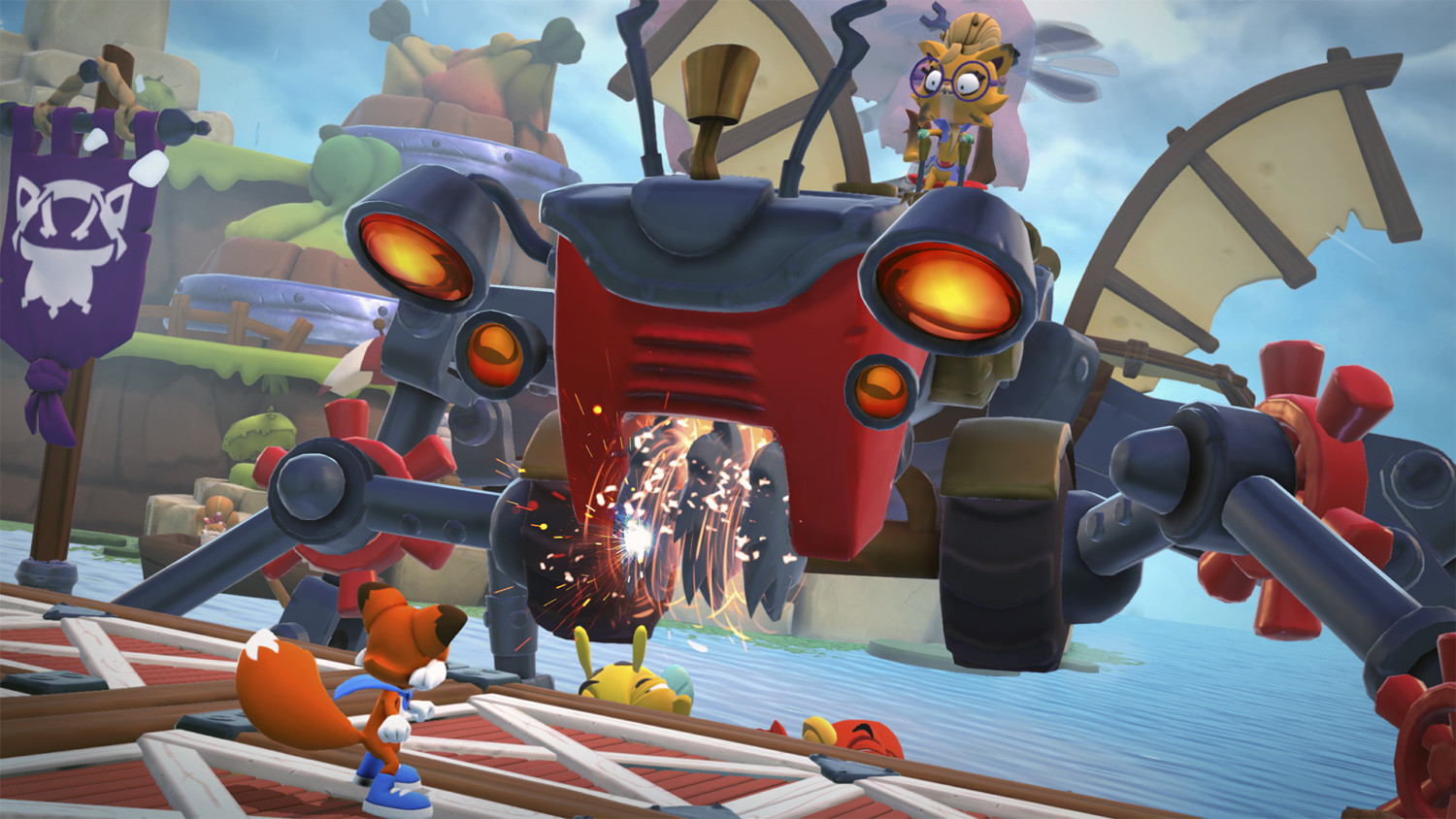 You can pick up New Super Lucky’s Tale this fall for Nintendo Switch.