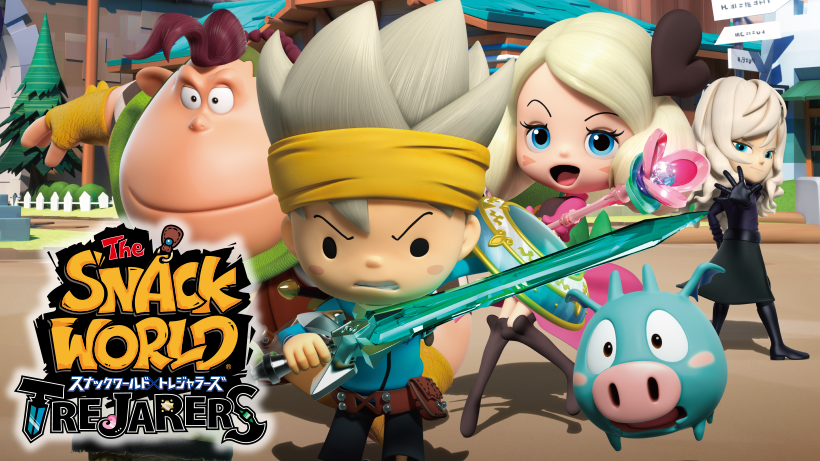 According to Level-5, many components and features have evolved in the Gold version of The Snack World Trejarers. Notable features include a huge improvement in graphics, the size of the world, large improvements in battles and action motion scenes, and much more.

The Snack World Trejarers Gold contains both the Chapter 1 and Chapter 2 DLCs that are currently being offered for sale on the 3DS version of the game. Launch copies of the game will come with a limited edition treasure (NFC toy) called Crystal Sword Z-α, which is compatible with the game.

Once again, Level-5 has not announced any plans to localize The Snack World Trejarers Gold at the time of writing.