Kamen Rider Climax Scramble Zio features a brand new story mode and free battle mode. Players can use a variety of Kamen Rider heroes. Release date and pricing are set to be announced at a later time.

Here’s a first look at the game’s box art and screenshot. 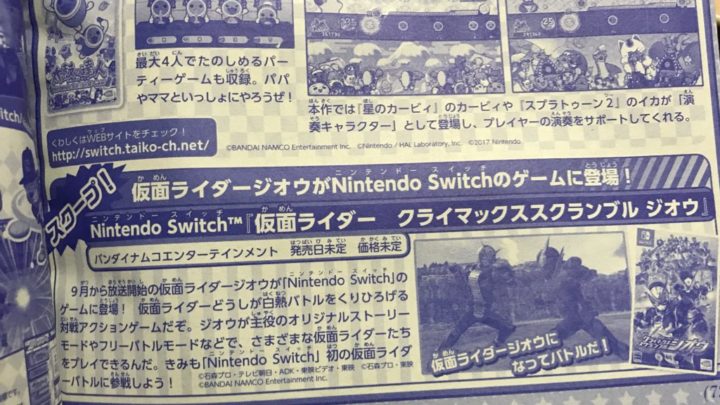