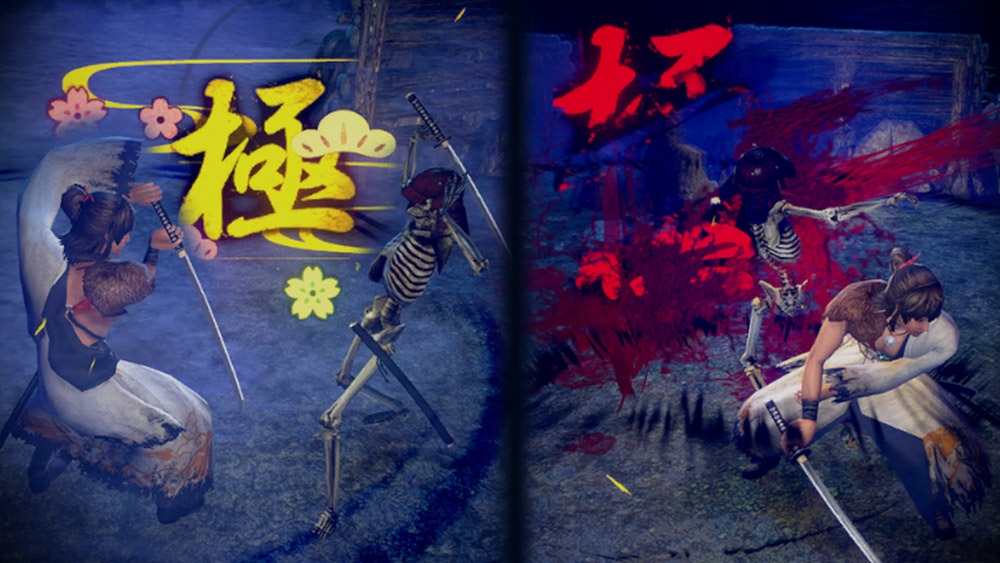 Today, we’ve got more details on how to play the action RPG Katana Kami: A Way of the Samurai Story!

The new information discusses the basics of battle, combat styles which includes the sword stances, and special actions. In addition, publisher Spike Chunsoft has also revealed that there will be over 100 swords to find in the game.

■ The Basics of Battle and Drawing / Sheathing Your Sword

Battles follow a basic pattern of “attacker,” “receiver,” and “breaker.” Attackers have light and heavy attacks; receivers can evade and guard; and breakers can use kick and throw techniques to break the enemy’s guard, which are effective against enemies with strengthened defenses. Your stance will change depending on the sword you have equipped. There are a total of nine stances, and each changes up the action and grants specific effects to the player. For example, the “middle guard stance” reduces damage received from the enemy, while the “side stance” increases your chance of a critical attack. These are the sorts of variegated battle styles players can enjoy.

The techniques you can use will also differ depending on the sword equipped, and there are over 100 swords to obtain. Discover your favorite sword while collecting as many as you can. By defeating enemies in dungeons, mysterious “orbs” will appear. By collecting these orbs will build up your “Orb Gauge,” allowing you to activate “Katana Time.” When Katana Time is activated, you will be granted various effects such as non-diminishing vitality and sword durability, increased movement speed, and no blow-back from enemy attacks. The Orb Gauge can be filled three times, and when you reach the third stage, you can release your ultimate “ougi” attack, which differs based on the stance. By timely defending against an enemy’s attack or step-dodging to create an opening, and then attacking, you can unleash a powerful blow called a “Kiwami” attack. If there are is an enemy nearby after defeating an enemy with a Kiwami attack, you can attack at the right timing to activate a “Consecutive Kiwami.” If you manage to defeat the enemy, you can repeatedly activate Consecutive Kiwami attacks.