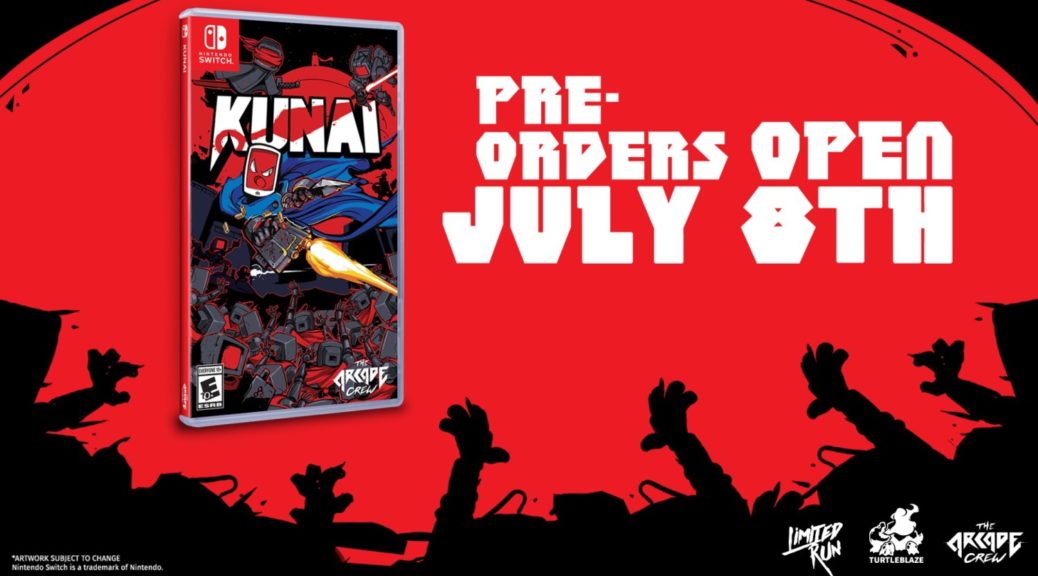 Fans of the action platformer KUNAI can look forward to preserving the game forever on their shelves – in physical form!

Publisher The Arcade Crew has revealed that it will be working with Limited Run Games to release physical copies of the game (seen above) in North America, with pre-orders commencing on 8 July 2020. Here are more details below:

PARIS (July 2, 2020) – Publisher The Arcade Crew and developer TurtleBlaze today announced a physical release for the Nintendo Switch version of KUNAI, the fast-paced action platformer following a sentient tablet’s fight to fend off humanity’s annihilation.
KUNAI’s physical release will arrive courtesy of Limited Run Games and will be available at select retailers. The package is complete with a mid-battle shot of KUNAI’s protagonist, Tabby, sending his robotic foes to the great scrapheap in the sky.
KUNAI links players with Tabby, an incredibly charming tablet who has been activated to stand as humanity’s last defense against an unstoppable inventor and her relentless AI hordes. Tabby’s thrilling journey is packed with exploration, tense battles, and a heap of adorable collectable hats. KUNAI’s action is swift and smooth, arming players with a deadly arsenal and dual grappling hooks to help them leap to new areas, swing over perilous hazards, and drop in on unsuspecting foes below.

A European release of the game will also be launching in October 2020, with a couple of extra goodies in the package such as metal pins and stickers. Here’s a preview image below: 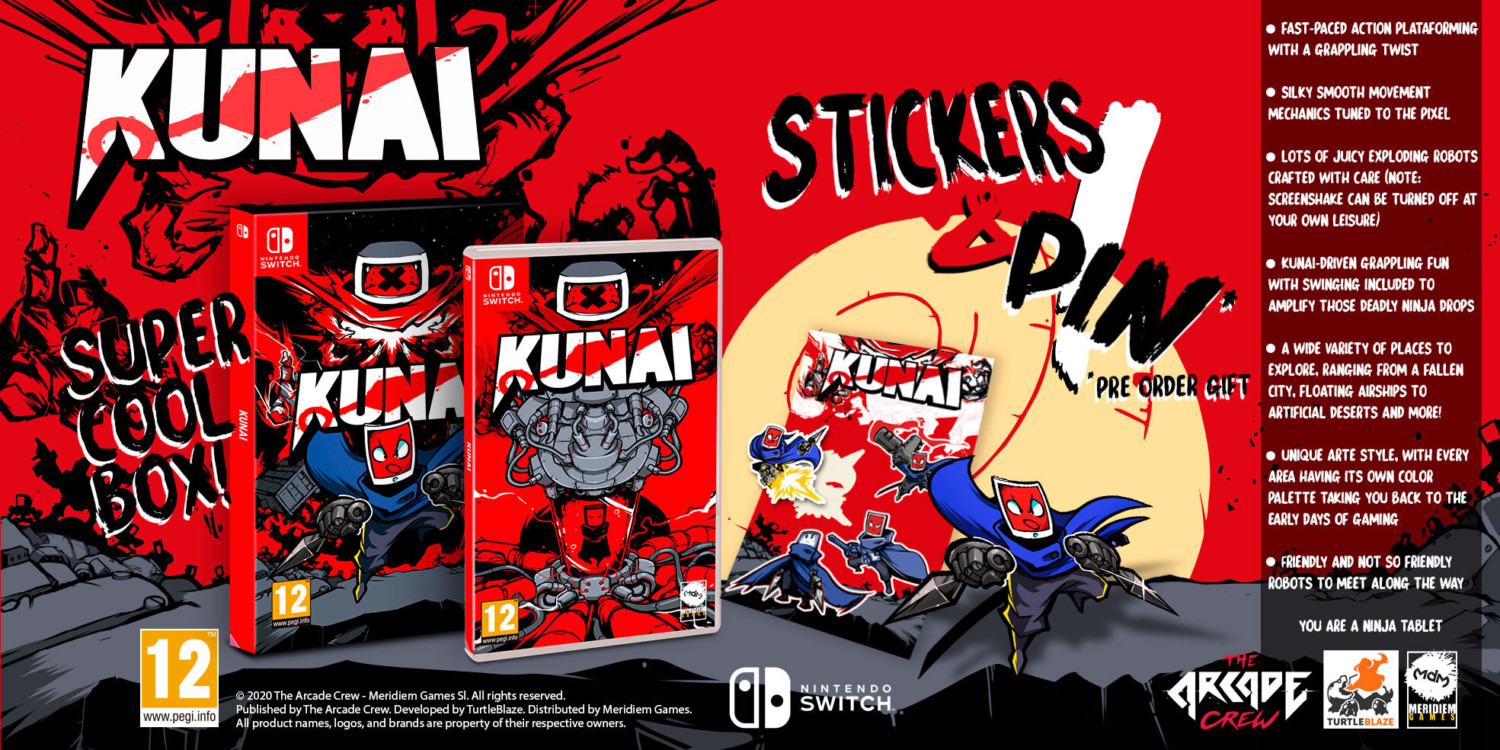 Which physical run of the game will you be adding to your collection? Feel free to share with us below!