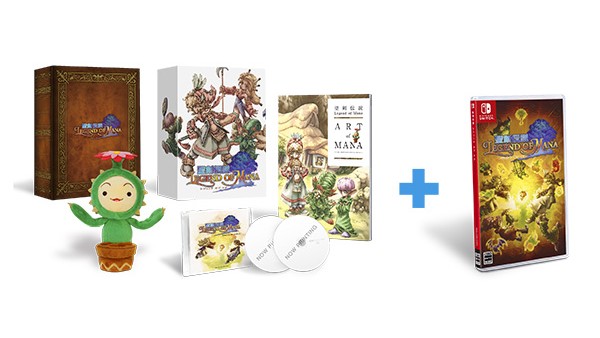 As reported previously, Legend of Mana is getting a remastered release on Nintendo Switch later this year. While the title will only be getting a digital release in the west for now, however, it looks like Japanese fans will be able to proudly display the game on their shelves!

Square Enix has revealed a Collector’s Edition bundle for the RPG in Japan, with pre-orders now open on its exclusive e-Store. As you can see, the bundle will come with the physical game package, an art book, official soundtrack, and Li’l Cactus plush for a hefty 14,300 yen.

What do you think? Are you hoping for a similar physical release in English? Feel free to share below!