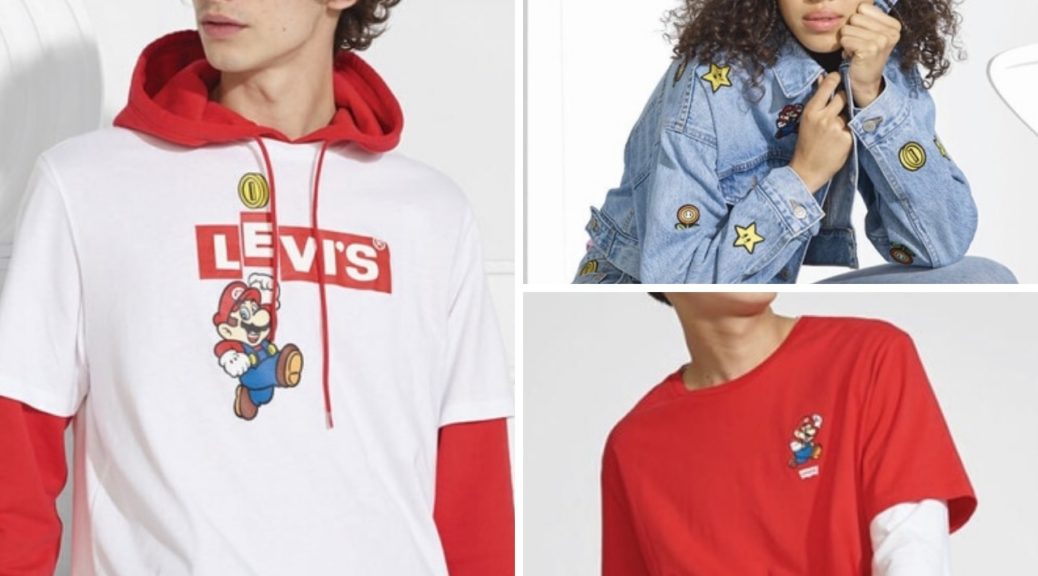 Earlier this week, Nintendo of Canada had teased at some sort of partnership between clothing manufacturer Levi’s and the Super Mario brand. If you’ve been eagerly waiting to dress up with some Mushroom Kingdom style, here’s what you can look forward to!

Thanks to Game Watch in Japan, we now have our first look at the collaboration – which features apparel and clothes with a Super Mario theme. For now, we know that the following duds will be available:

The collaboration will also include several accessories such as bandanas, bags, fanny packs, and hats. These items will cost anywhere from ¥2,500 to ¥4,500 (roughly $23 – $41). Folks in Japan will be able to purchase all of these starting from 1 April 2020.

For now, we have no details on when or how these items will make it to other territories outside Japan (since Nintendo of Canada’s teaser implied as such). We’ll report back when we hear more in the future.

In the meantime, check out some preview images below: