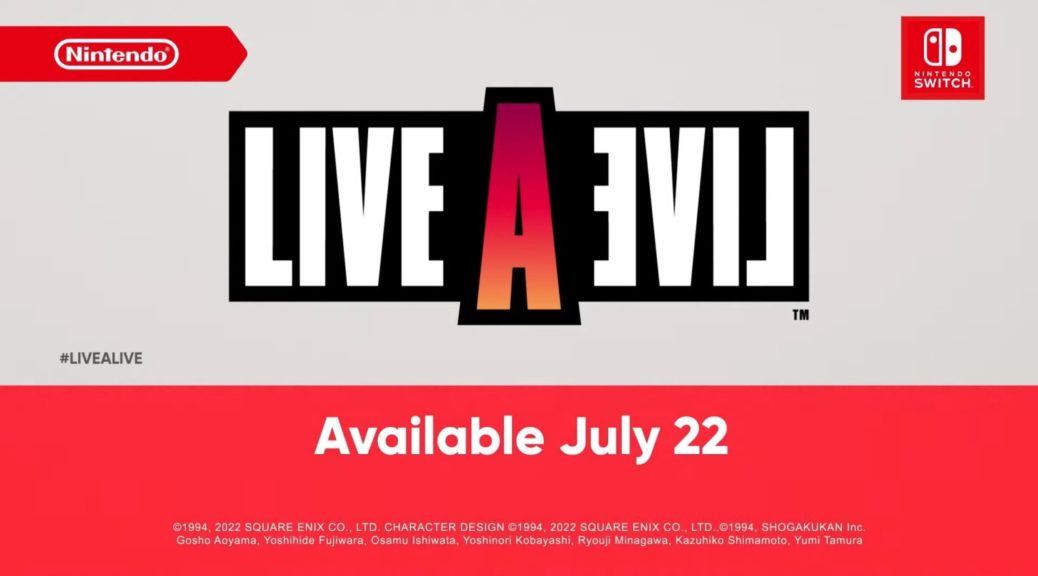 A classic comes to the Nintendo Switch and the West for the first time!

Since 1994, Live A Live has remained a Japanese exclusive game until now.

Today’s Nintendo Direct announced that this RPG which first released in 1994 will be localized to English and playable on the Nintendo Switch later this year.

The unique RPG LIVE A LIVE comes to North America for the first time on #NintendoSwitch! Play seven stories featuring a variety of protagonists, time periods, and gameplay styles in any order you choose, now with newly remastered HD-2D graphics. LIVE A LIVE arrives on 7/22!

How do you feel about this announcement? Let us know in the comments!