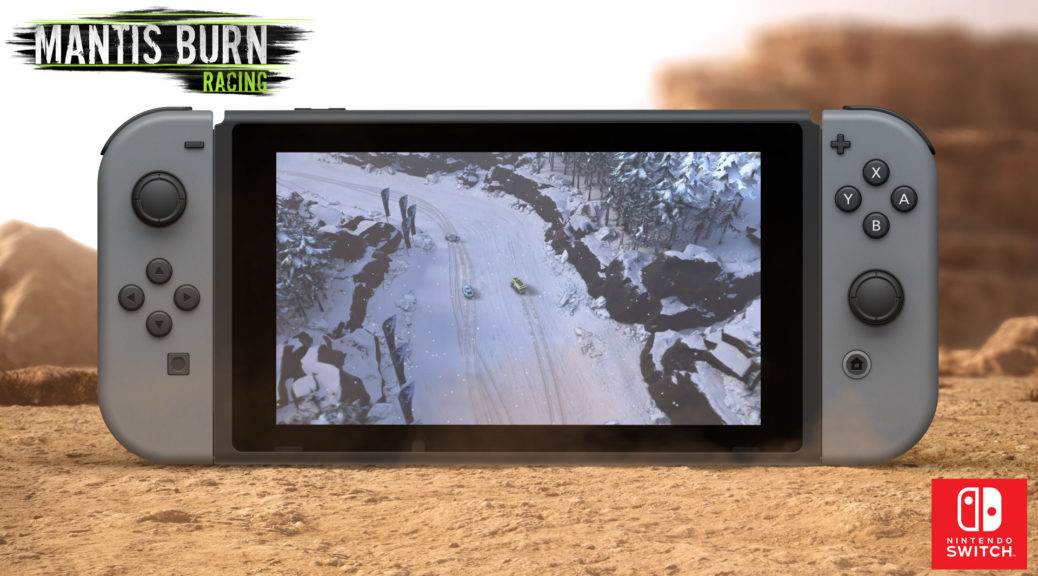 During an interview with VooFoo Studios, the company revealed a couple more details about their upcoming title, Mantis Burn Racing.

According to VooFoo, the Switch version of Mantis Burn Racing will support cross platform play with PC and Xbox One. When asked about the PS4 version, VooFoo Studios mentioned that it all depends on whether Sony allows it, as the core functionality is there but Sony’s policies are strict.

The Switch version is also getting two special viewing modes that other versions do not have. The modes are called Horizon Stability and Oppositional Splitscreen, which are tentative names at the time of writing.

In Oppositional Splitscreen, the Nintendo Switch is placed flat on the table so two players sitting opposite of each other can play the game, whereby one version of the screen points to the left and the other to the right. Apparently this reduces the chances of cheating.

Mantis Burn Racing is scheduled to launch on the Nintendo eShop in a couple of weeks, with all base DLC built in.