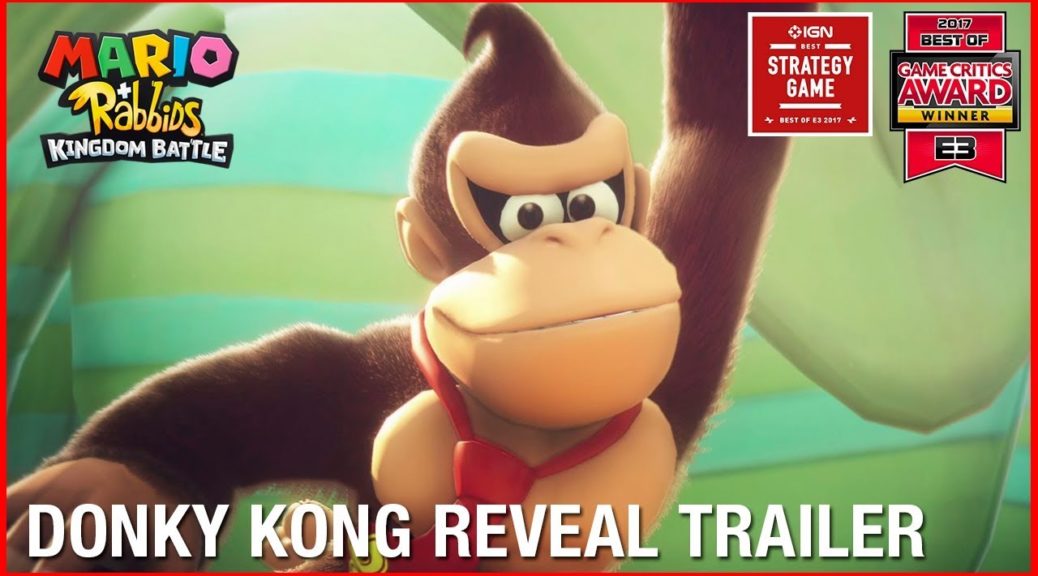 Ubisoft’s latest financial call has brought along a title release schedule for the first quarter of 2018 (April – June 2018).

The title release schedule contains interesting information not officially announced by Ubisoft yet.

First, it seems the company plans to release Mario + Rabbids: Kingdom Battle Gold Edition at retail by the end of June 2018. The Gold Edition contains the base game and all other DLC and is currently available on the Nintendo eShop.

Next, we finally have a better idea on when Ubisoft plans to release Mario + Rabbids’ Donkey Kong DLC, now known as “Donkey Kong Adventure”. It’s scheduled to launch by the end of June 2018, thus aligning with its previously announced Spring 2018 launch window. 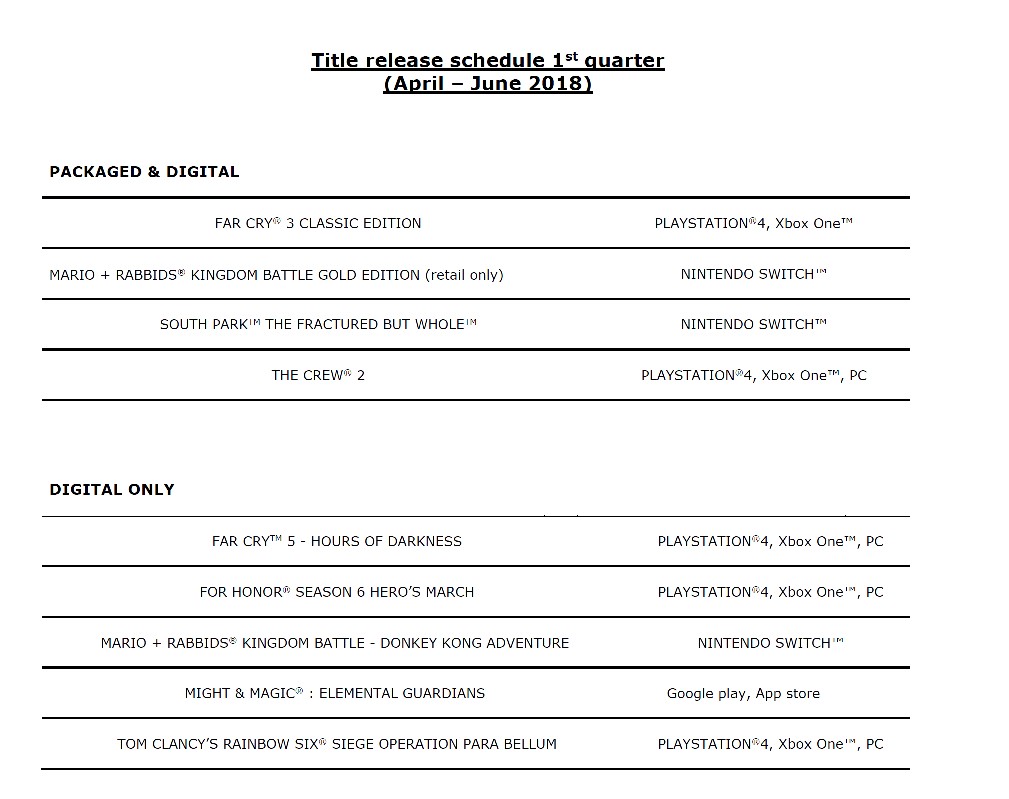