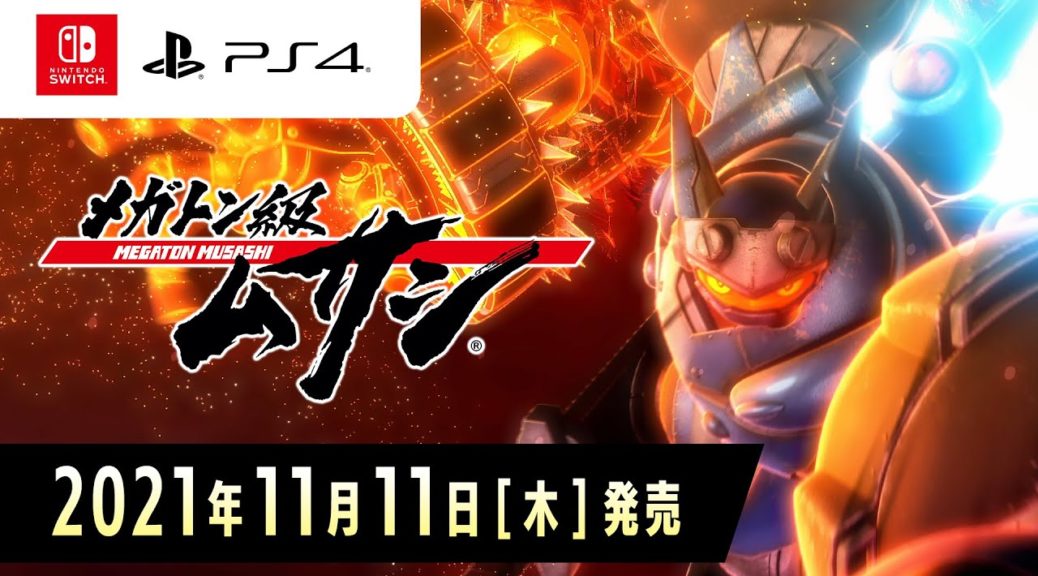 Level-5 has announced the release date for Megaton Musashi on Switch.

The mecha RPG is now scheduled to launch on November 11th for Switch in Japan. The TV anime will begin a month earlier on October 1st. Level-5 has also announced a Megaton Musashi official live stream called “Megaton Lab Vol. 1″, which will air in late August and cover the latest information about the game and anime.

You can check out some new trailers below: