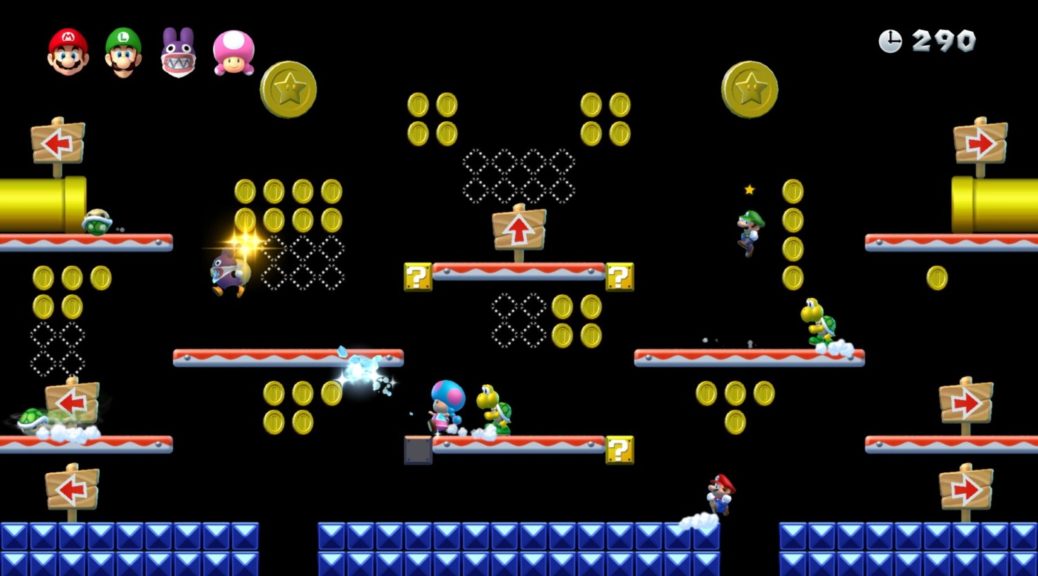 Metacritic, the world’s largest video game review score aggregator, has given New Super Mario Bros. U Deluxe a Metascore of 80.

With a total of 164 secret-filled courses, a bunch of extra modes including the ever-addictive challenges and a small number of smart tweaks and additions, this is an incredible amount of platforming goodness in a single package. It’s both the deepest and most accessible 2D Mario action you can get, as well as an endlessly enjoyable party game you can bust out with friends, and Switch is the perfect place for it.

It’s amazing how every element comes together for a thoroughly refined platforming experience. The level design is nothing short of genius, and the flawless controls make every leap more joyous than the last. Everyone who hasn’t already played through the Wii U version should pick this up immediately.

While New Super Mario Bros. U Deluxe is a repackage of (mostly) existing stuff, with a couple of minor additions designed largely around making the gameplay more accessible for newcomers, and is clearly a filler release on Nintendo’s part to capitalise on the post-Christmas lull and appetite for new stuff to play, it’s hard to deny its value.

New Super Mario Bros. U Deluxe is a must-have for Switch owners who skipped the Wii U. Packaged with two complete games and a plethora of challenges to complete, the Deluxe version will give you plenty of bang for your buck. Even if you already owned the game, it’s worth trying on the Switch, if only to have a mobile, 2D Mario game at the ready. It might not be as difficult as past Mario games, but it’s never not fun.

Despite the cut content, New Super Mario Bros Deluxe remains the most feature-packed, and dare I say fun 2D Mario game in decades. If you missed it on Wii U, own a Switch and love Mario, platformers, fun and just plain good games, there’s no reason not to get New Super Mario Bros U Deluxe. There’s just no real reason for those who’ve played it already to get it again.

Thanks to sm_rtie for suggesting to add the previous  scores!