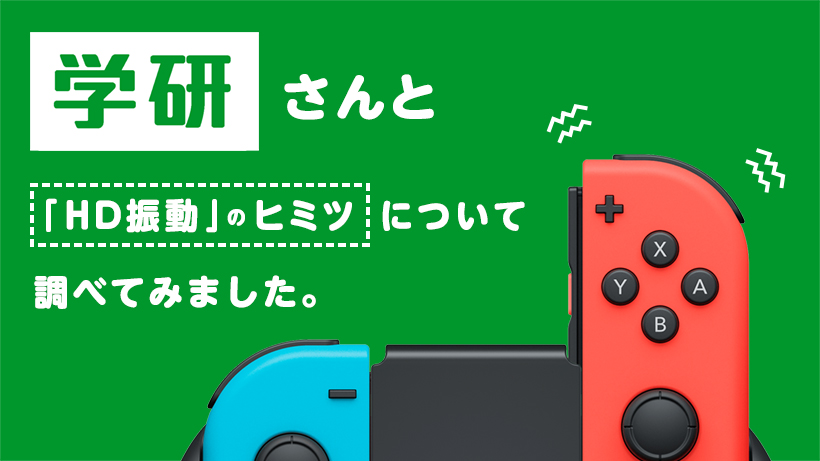 In a Japanese article written by Nintendo, Nintendo explores the secrets of HD Rumble through simple experiments kids can try with their parents or older siblings.

One of the games that players have been amazed by the HD Rumble effect is 1-2 Switch’s “Count Balls” mini game. In “Count Balls”, players tilt and shake the Joy-Con to try to guess the number of balls that are rolling inside it.

Of course, there are no balls that are actually rolling inside the Joy-Con, as the magic lies with the Joy-Con’s HD Rumble.

To investigate how HD Rumble works, Nintendo is going to conduct a few experiments to understand the essence behind HD Rumble. In the first experiment, a simple telephone that is connected by two cups and a string is made. Watch the video below to learn how to make yours.

By speaking into the cup, it’s observed that the other person on the other side is able to hear what you’ve spoken into it, through the string that connects both cups. 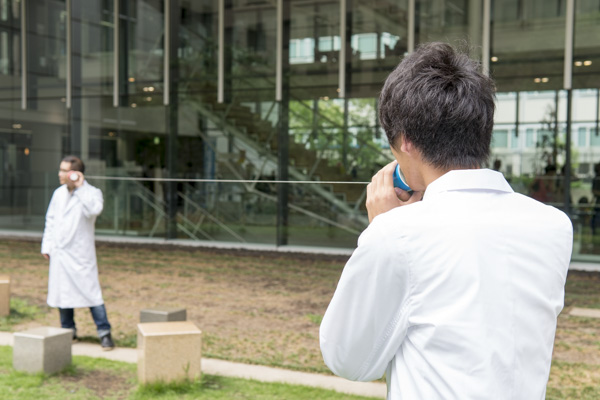 Now it’s time to conduct a second experiment. It seems that the string which connects both cups contains a secret, so let’s observe the string closely when sound travels through it.

As someone speaks into the cup, the string begins to shake and vibrate at the same time. In other words, your voice transforms into vibration when it travels through the string in order to reach the other person’s ears.

By the way, when a different material is used for the cup and the string, the way your voice is transmitted to the other person could be changed into something interesting. If you have the time, try substituting the paper cup for a steel can, and a string for a fishing line.

In experiments 1 and 2, it was observed that sound travels through vibration. So in someway vibration uses something to travel from one place to another. Perhaps it’s through tactile feedback, aka sense of touch, similar to how players are able to feel balls rolling within the Joy-Con in 1-2 Switch’s “Count Balls” mini game.

Thus in the third experiment, the team gathers two steel cans connected to a string to become a string telephone and some marble balls and beads. 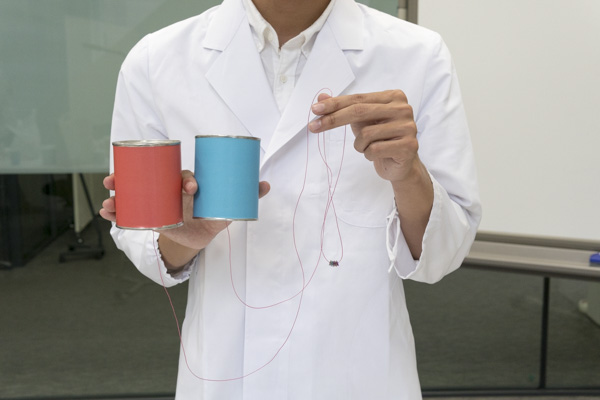 In the forth experiment, marbles and beads are dropped into the red steel can again. This time, it’s time to observe what the string does when it happens.

From this experiment we can tell that besides sound, tactile feedback and vibration can travel through the string. In addition, there are delicate and subtle changes in the way the string vibrated depending on the type of ball dropped into the steel can. Different types of sensations can be felt by the user whether the marble is rolling inside the can or jingling inside it.

Thus, “the difference of subtle vibration” can be used to make “different tactile feedback”.

During the string telephone experiment, tactile feedback which traveled through the string could also be known as “extremely detailed vibration”.

Although a string doesn’t exist inside the Joy-Con, it contains a special equipment that generates the same type of “extremely detailed vibration”, called the linear vibration motor.

Before the Nintendo Switch launched, there wasn’t any game console installed with vibration functionality. In the experiment, there wasn’t a way to express the difference between “extremely detailed vibration” and “subtle vibration”. However, depending on the HD Rumble that the Joy-Con’s linear vibration motor produces, the difference of subtle vibration can be finely replicated, through the experience of 1-2 Switch’s “Counting Balls” and the feeling of ice cubes into a glass.