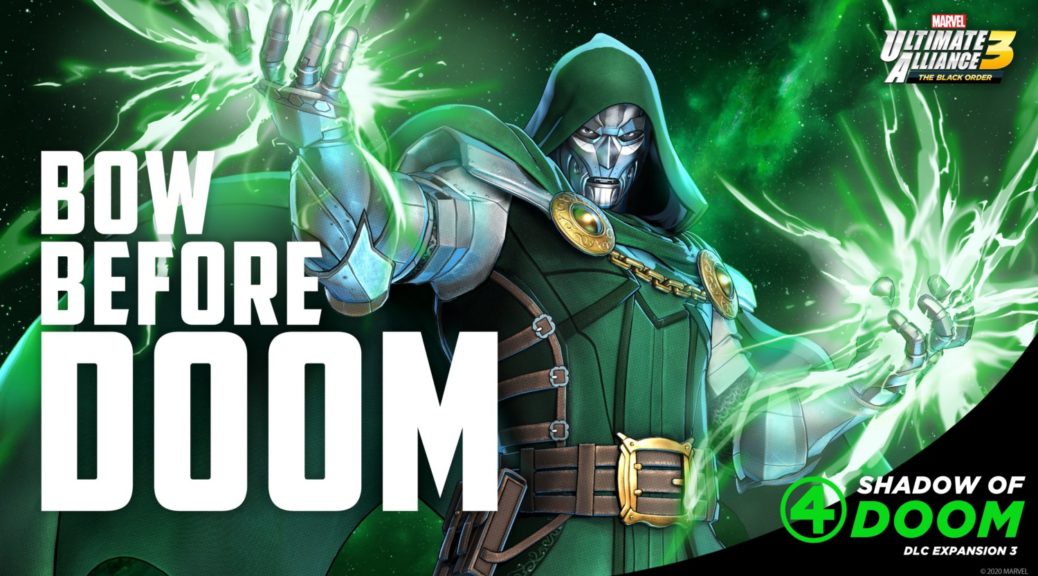 Today, Nintendo has given us our first look at the pack’s main antagonist: Dr. Doom, archnemesis of the Fantastic Four. The image gives us a glimpse of his in-game model, although whether he will be playable himself has yet to be confirmed.

Are you ready to stop Doctor Doom from unleashing cosmic chaos? MARVEL ULTIMATE ALLIANCE 3: The Black Order DLC Pack 3 – Fantastic Four: Shadow of Doom is arriving Spring 2020, but check out a quick glimpse of Doctor Doom himself. Keep an eye out for more DLC Pack 3 news! #MUA3 pic.twitter.com/Of3MYiMS61

Nintendo’s Tweet also re-confirms that the DLC will release sometime in Spring 2020, and advises us to “keep an eye out” for more news on the pack. Hopefully this means Nintendo and Marvel will be releasing updates on the pack more regularly than they did with the game’s Rise Of The Phoenix DLC, which they were notoriously quite quiet about until the last minute.