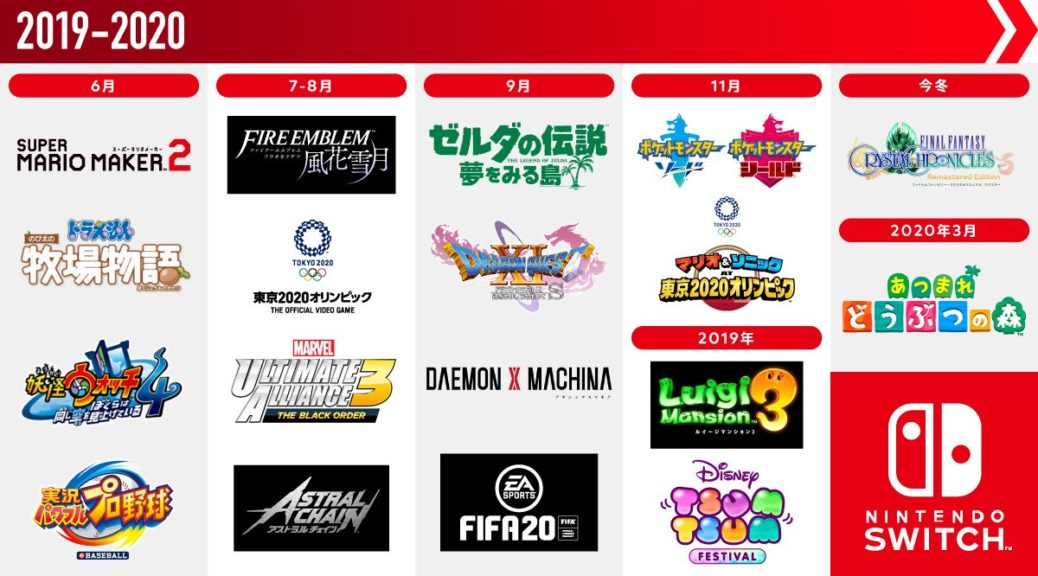 Nintendo has prepared an infographic for their official Japanese Twitter account to show players their Nintendo Switch software lineup for the second half of 2019 and beyond.

Major titles listed in the schedule include first party titles and third party titles. Take a look at the infographic below: 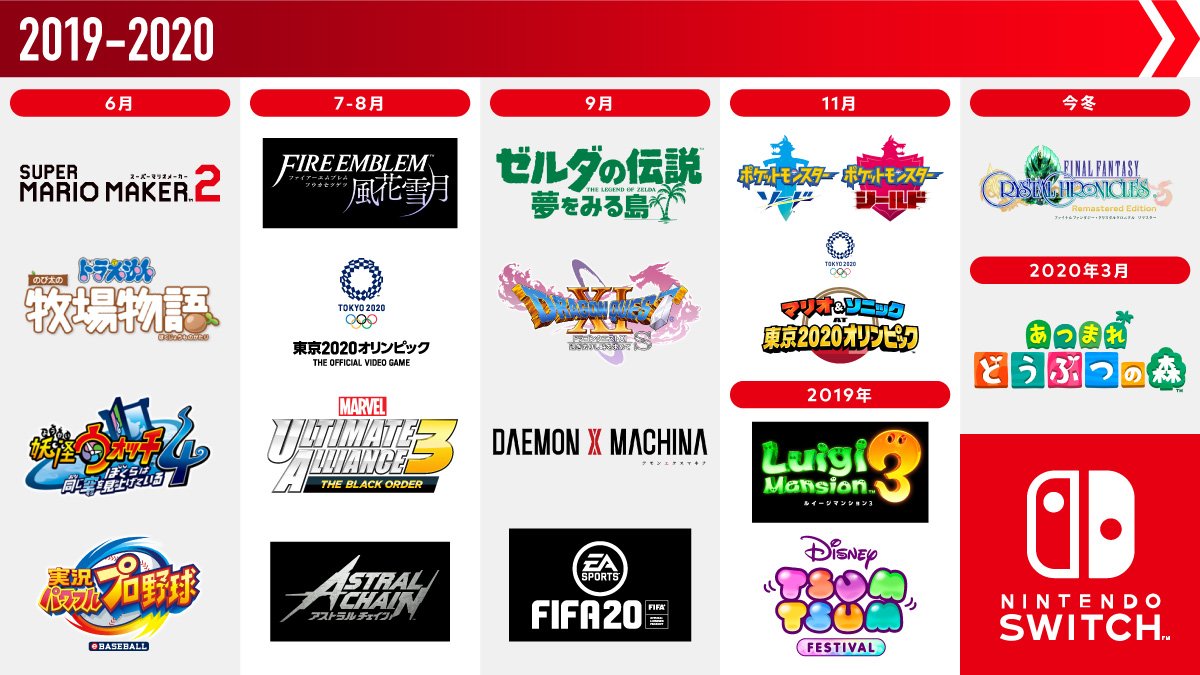