Today we have a heartwarming story coming from Japanese Twitter user Umeda Temaki.

Temaki’s first born daughter has been feeling impatient for Animal Crossing: New Horizons, which is scheduled to be released on March 20, 2020. So he suggested to his daughter to send a drawing to Nintendo, which she did.

To their surprise, less than a week later, Nintendo sent a letter addressed to Temaki’s daughter. The company was considerate enough to use kanji that a young child could read. They even included some images from the game as well! Here’s what they wrote (translated by NintendoSoup): 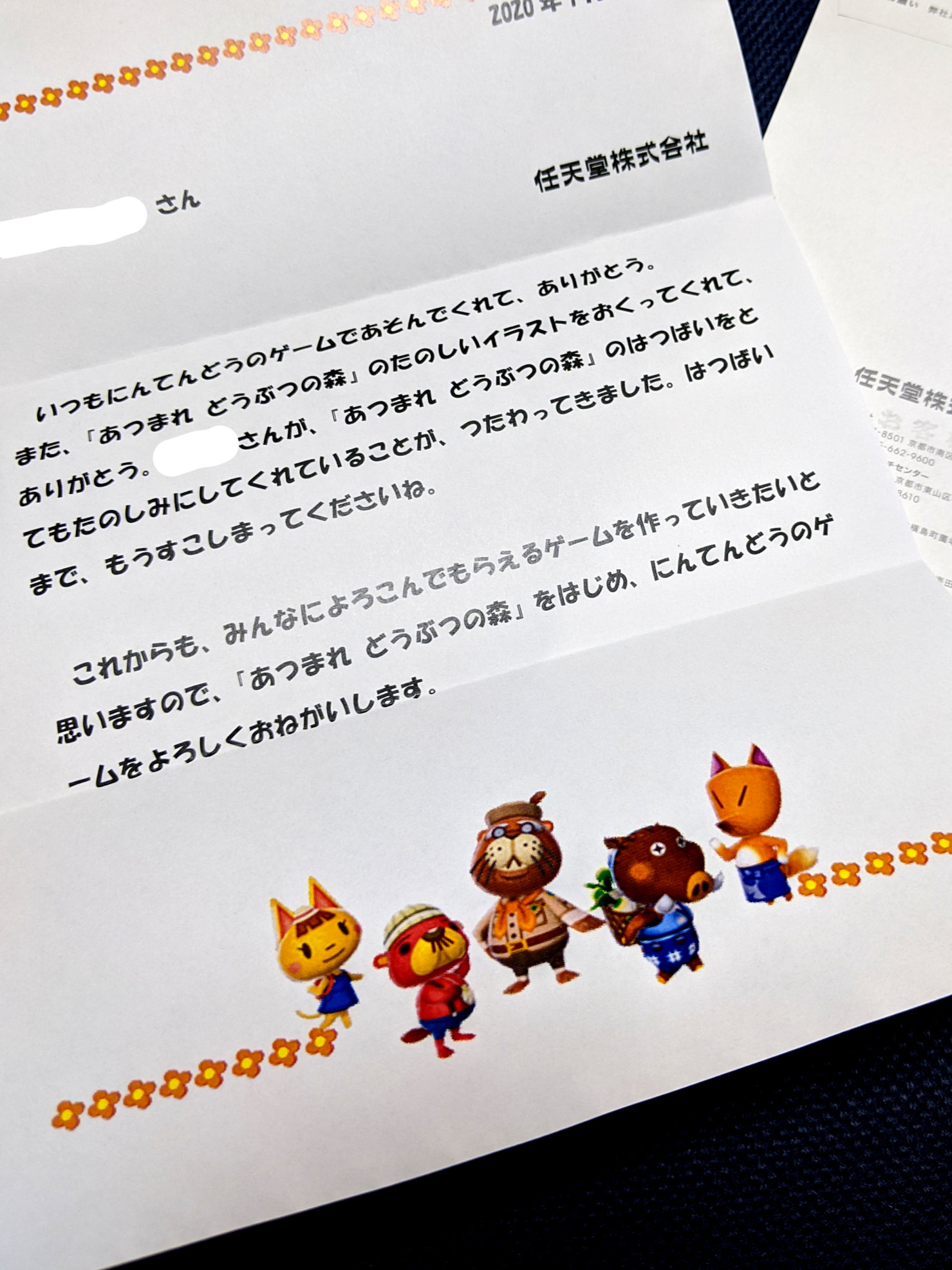 We hope to continue making games that bring happiness to everyone around the world. We hope you’ll feel the same starting with Animal Crossing: New Horizons, and later our other games.”

Temaki’s daughter was very elated to receive a reply from Nintendo, calling that letter “a treasure”. Temaki feels the letter was one that really “builds a relationship” with their daughter. Temaki’s daughter also feels happy to know that the developers working on the game are happy with what they’re doing.