According to Ahmad, the Nintendo Switch family of systems has been selling faster and better than the PS2 and PS4 in its first 2 years. Its doing about the same as the Nintendo DS, but is slightly lagging behind the Wii.

Check out the graphs below: 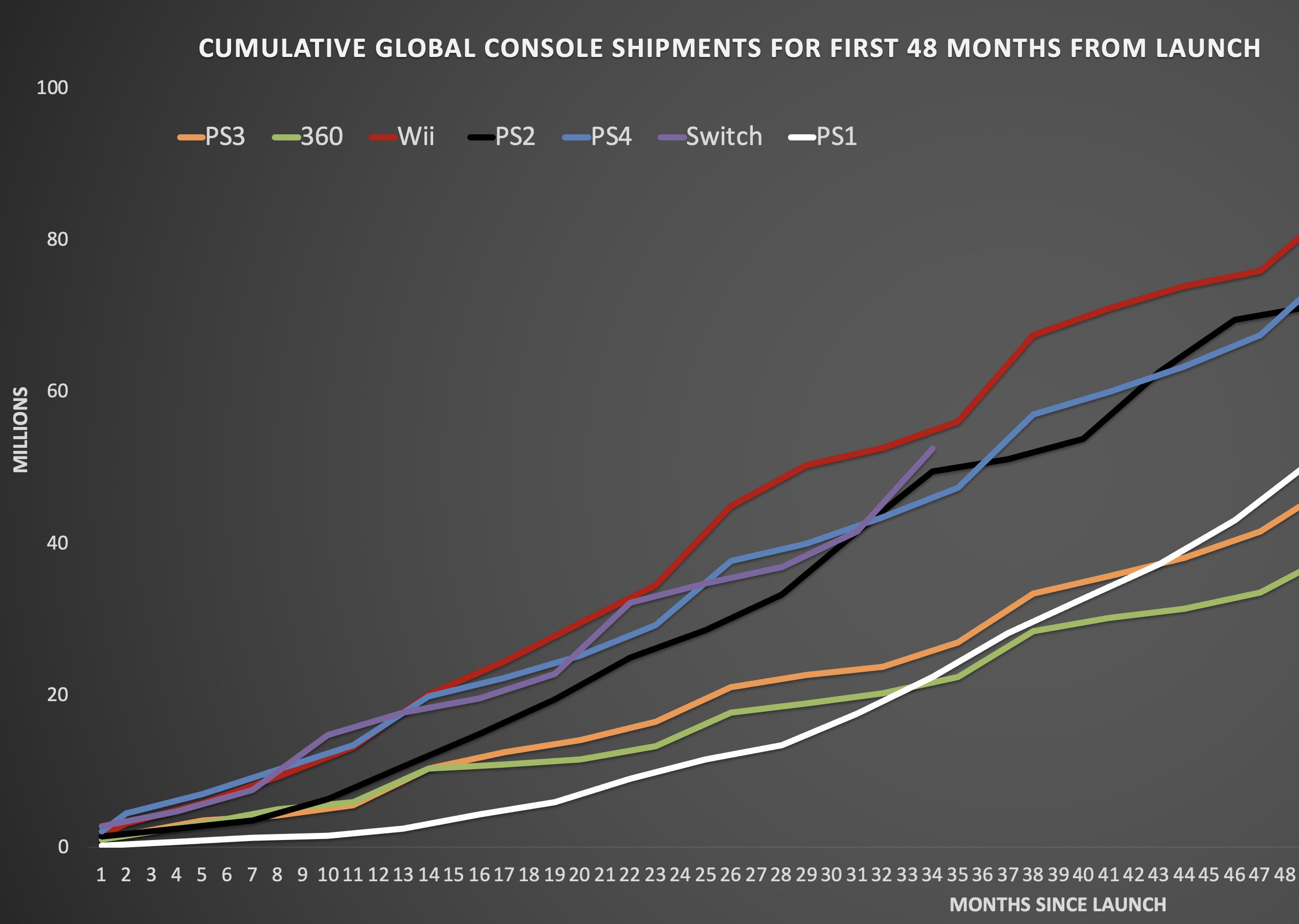