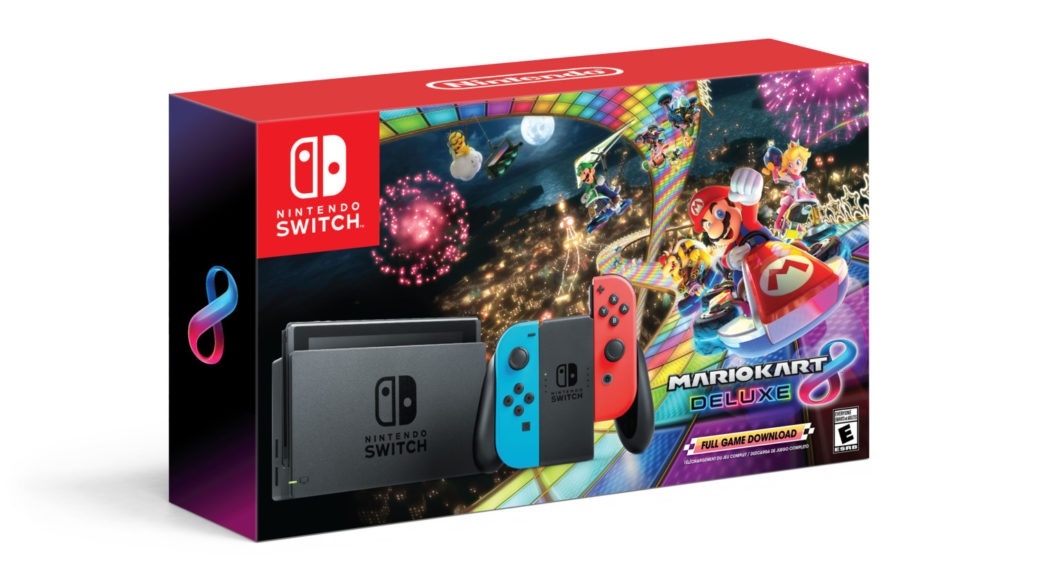 A Nintendo Switch Mario Kart 8 Deluxe Set will retail for USD299.99 at select retailers across North America, while a special Super Mario Maker Edition Nintendo 2DS (with a copy of the game included) launches on Black Friday for USD79.99. Also coming on Black Friday is a set of two white Joy-Con Wheel accessories for USD14.99.

Check out the Black Friday announcement trailer below.

Still deciding what to buy during this year’s Black Friday? Make sure to add some fun Nintendo items to the shopping list! Starting on Black Friday, Nintendo is offering deals on two awesome systems that would be great gifts for any person in your life – whether they are longtime video game fans or just getting started.

The first is a Nintendo Switch system with the hit Mario Kart 8 Deluxe game as a full game download at a suggested retail price of only $299.99. That’s basically like getting a free game (which is a $60 value) with your purchase of Nintendo Switch! And to make driving in Mario Kart 8 Deluxe feel even more realistic, Nintendo is also offering a set of two white Joy-Con Wheel accessories at a suggested retail price of $14.99. Playing with the Joy-Con Wheel is as simple as placing a Joy-Con controller inside and turning the wheel left and right. And since Nintendo Switch comes with two Joy-Con controllers, you and another player can dive right in and start racing against each other right away.

Details and participating retailers for both bundles can be found on the Nintendo Holiday Gift Guide at https://happyholidays.nintendo.com/deals/. The Black Friday deals are also highlighted in a new video starring Luigi, which can be viewed by visiting https://www.youtube.com/watch?v=tOJgr4Ic9pM&feature=youtu.be.

“For families still looking to pick up a Nintendo Switch or Nintendo 2DS system, these Black Friday deals offer great values for any holiday budget,” said Doug Bowser, Nintendo of America’s Senior Vice President of Sales and Marketing. “With each boasting libraries of more than 1,000 games and counting, Nintendo Switch and Nintendo 2DS have something for everyone.”