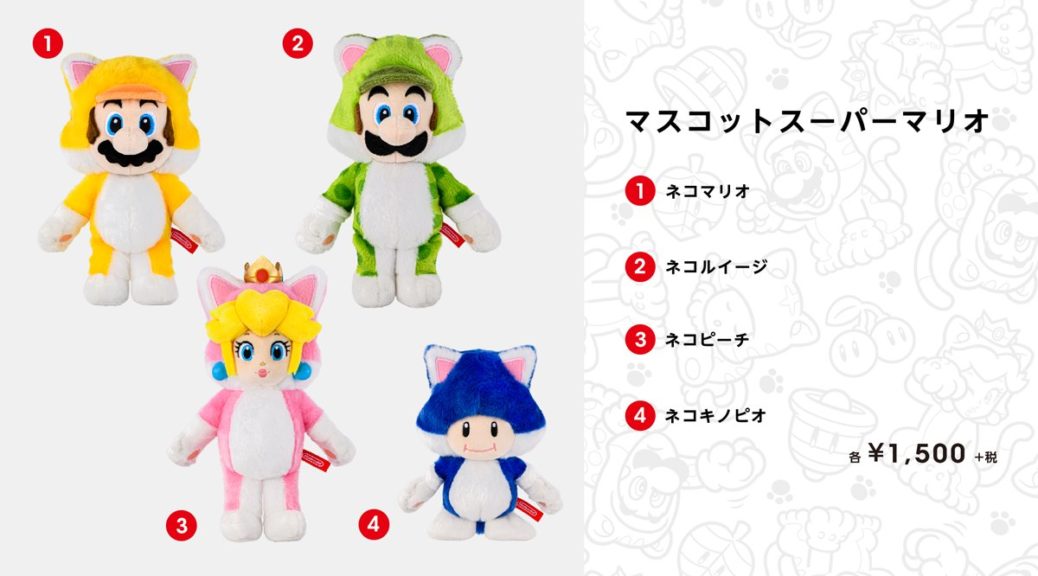 Nintendo of Japan has revealed new official plushies for Cat Luigi, Cat Peach, and Cat Toad – which will be sold exclusively via the Nintendo TOKYO retail outlet starting from today. Fans will be able to purchase each of the plushies separately, in a set of four (with the existing Cat Mario plushie included), or even bundled with the Super Mario 3D World + Bowser’s Fury physical game package.

Here’s a closer look below:

What do you think? Would you like to own these catty plushies too? Feel free to share below!