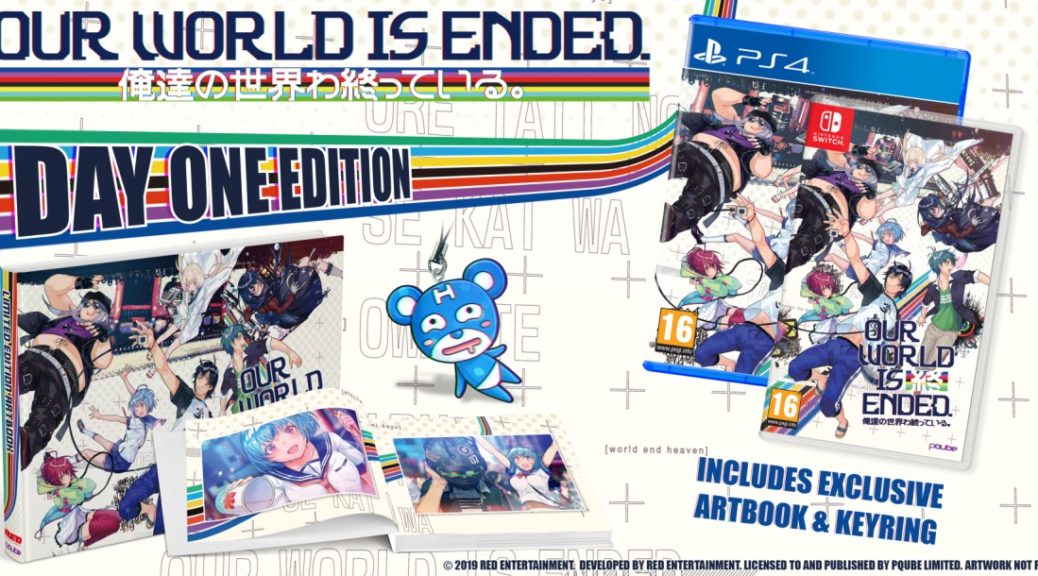 PQube and Red Entertainment’s sci-fi visual novel Our World Is Ended is out now on Switch!

The game will be available today in both digital and physical formats in Europe, and digitally in North America. Meanwhile, folks in the US will have to wait until May 28 for the retail version.

Here are the release dates per territory:

Also, those who pre-ordered or will get the first-print copies of the game today will be rewarded with a special edition, including:

A new masterpiece of narrative visual novel storytelling! Follow Judgement 7, a team of eccentric developers working on their latest game in Augmented Reality. On a summer’s day, their AR headset let them catch a glimpse of Tokyo in ruins. Could it really be the end of the world?

Meet the wild bunch that is Judgement 7, a team of eccentric game developers, trapped between reality and the game world where simple glitches can have devastating consequences!

The outstanding character design makes every member of the team relatable and an indispensable part of the story.

Explore a perfect recreation of the popular Asakusa district and visit some of the most eminent places of Japan’s capital city.

… in over 40 hours of high-quality gameplay!

Talented and renown voice actors as well as gorgeous visuals topped off with deep narrative and plentiful conversation options, Our World Is Ended. will make for a lengthy visual novel full of humour and otaku subculture references.