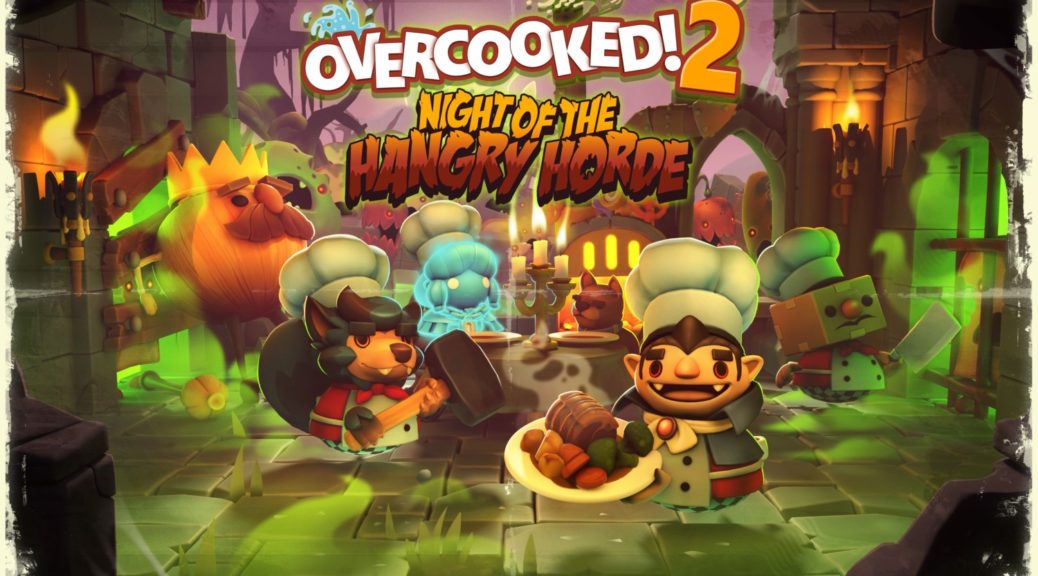 Team17 has showcased a brand new expansion for Overcooked! 2 during the Nintendo Treehouse: Live E3 2019.

The Night of the Hangry Horde DLC features an entirely new horde mode, 12 new levels, 4 new chefs as well as 3 new recipes. This paid DLC is now available for purchase via eShop for USD 9.99.

Correction: This new DLC is part of the Season Pass previously announced for Overcooked! 2.

Check out the trailer, details, and gameplay below:

Night of the Hangry Horde is out now on #NintendoSwitch.

IF YOU DARE 🧛‍♂️👻🐶📦 pic.twitter.com/pVJIfijF0p

Get ready to take another bite out of Overcooked! 2

Overcooked! 2 – Night of the Hangry Horde sees players face the most terrifying threat to the Onion Kingdom yet, the unbread, and this time they’ve brought friends! This brand new DLC introduces an entirely new horde mode in which players must use all of their cooking know how to repel waves of ravenous undead ingredients.