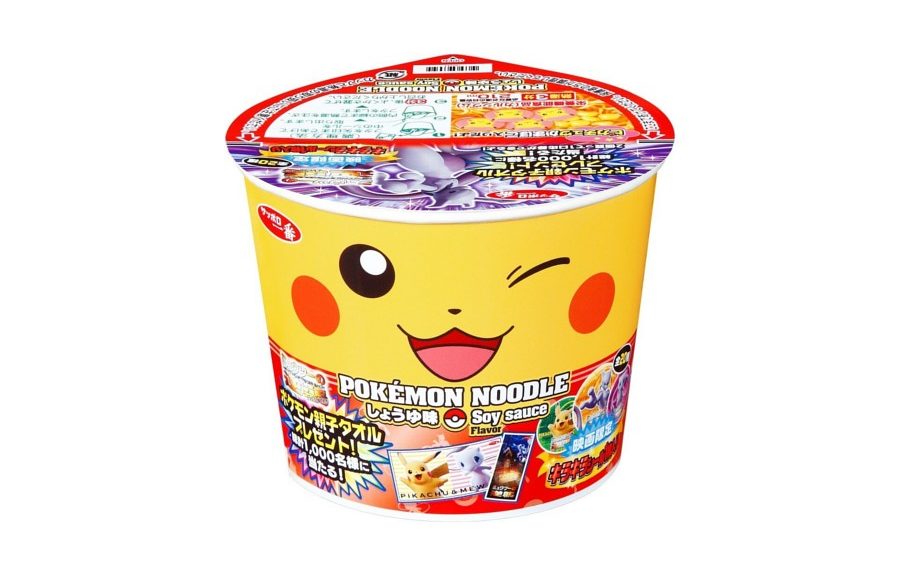 Sapporo Ichiban, producer of Pokemon Cup Noodles in Japan, has announced a limited time Pokemon the Movie: Mewtwo Strikes Back Evolution Edition of the cup noodles in Japan.

The Mewtwo Strikes Back Evolution Edition includes the same soy sauce flavor everyone knows and loves. Besides some artwork of Mewtwo, 1000 lucky customers who purchase the cup noodles during the campaign period will win a special towel: 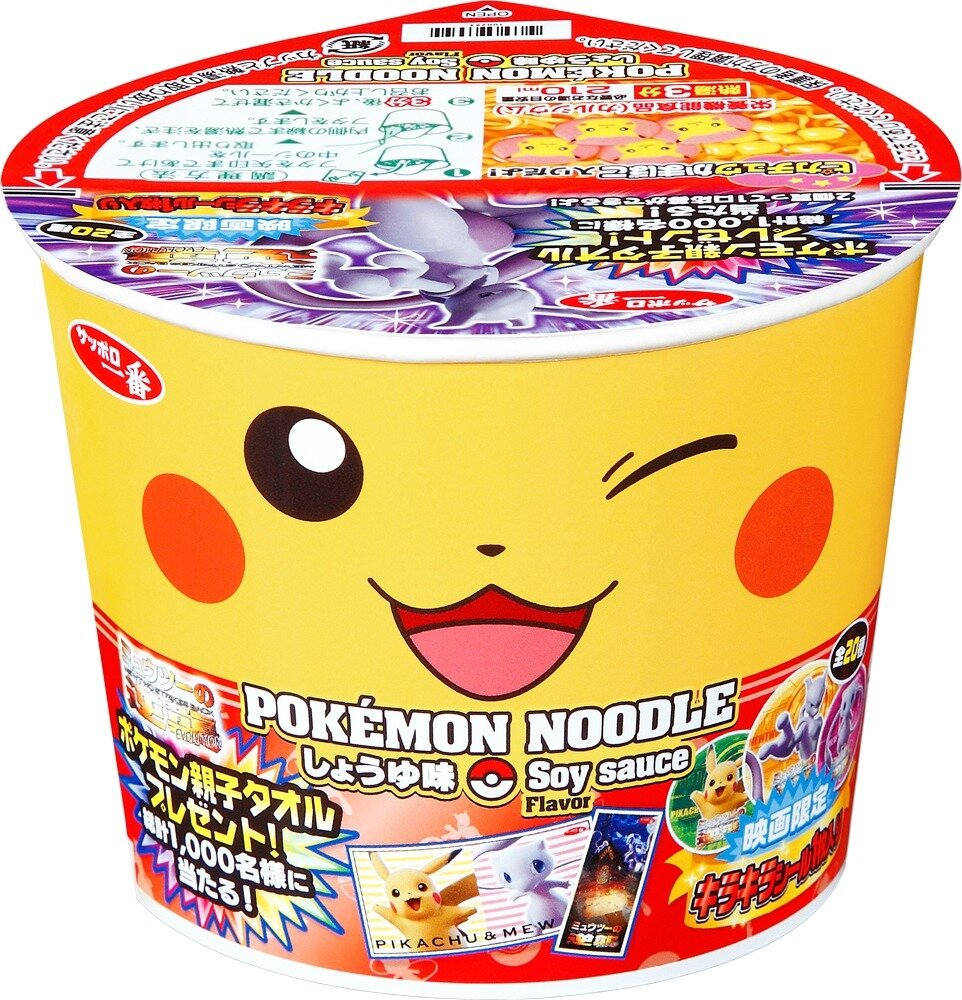