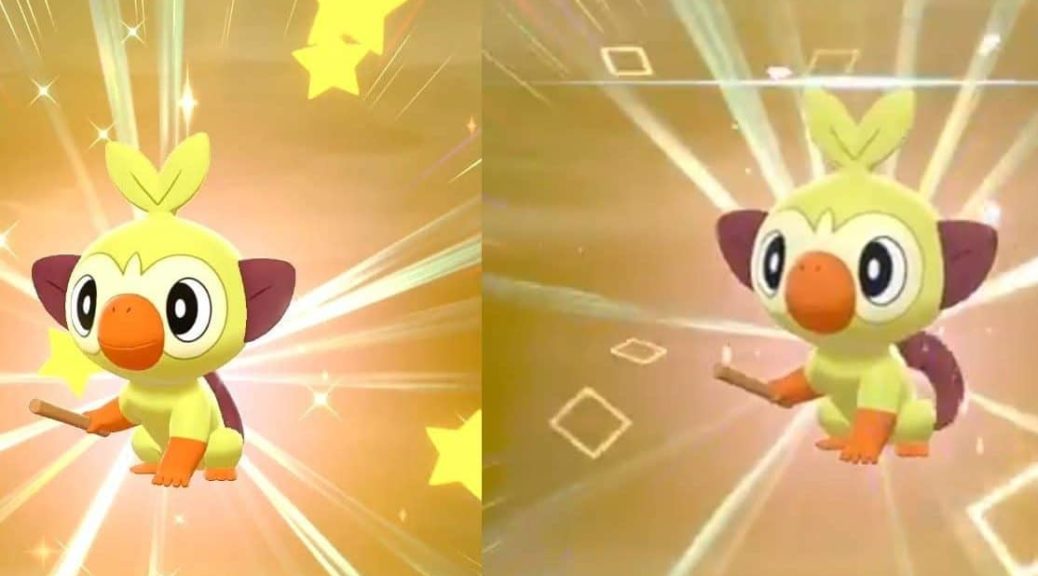 Today we have an interesting discover to share relating to Shiny Pokemon in Pokemon Sword And Shield.

A comparison of both types of sparkles can be found below (from PokeXperto), along with an explanation of the current rates (from Serebii)