Players have spotted a small difference in New Super Mario Bros. U Deluxe, which was released in China in 2019.

Apparently the POW Block has a very different design in the Chinese version of the game. Instead of the word “POW”, it’s just a bunch of zeroes. Unfortunately we’ve no idea why the POW block was redesigned. 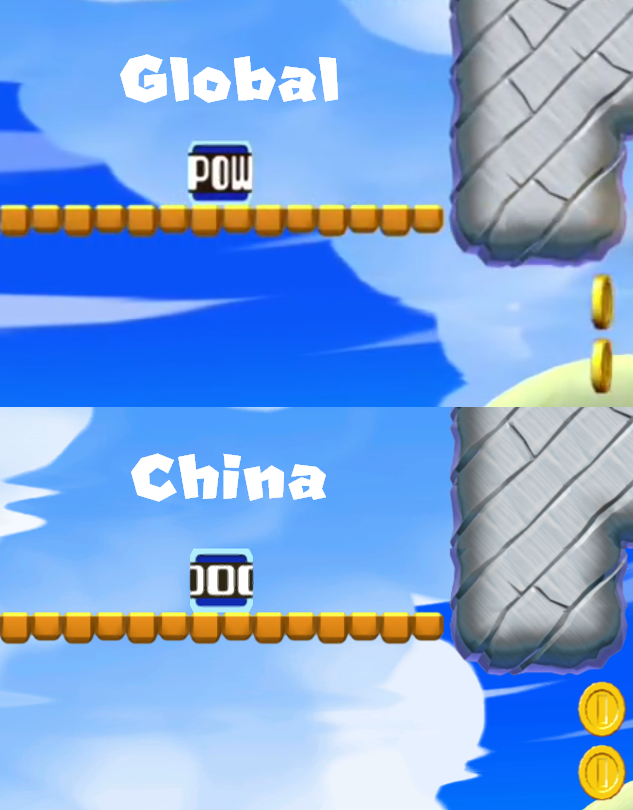