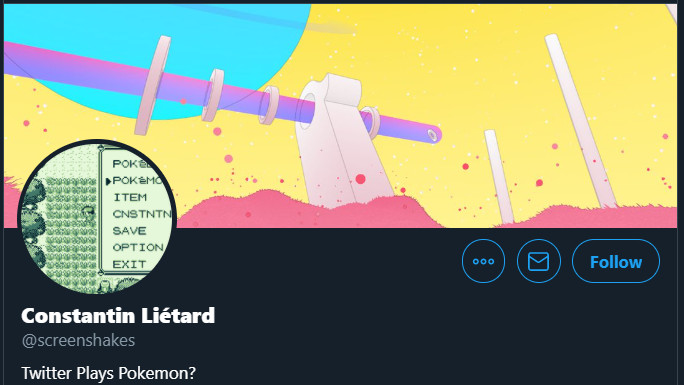 Many fans may remember Twitch Plays Pokemon – which allowed viewers to control a Pokemon game livestream by commenting with commands (e.g. up, down, left, right, A, B) in Twitch. Well, this idea recently evolved once again thanks to one saavy fan – and it has made its way to another corner of the internet!

Constantin Liétard, a Pokemon fan on Twitter with some programming expertise, recently transformed his own Twitter avatar into a game of Pokemon Red! After visitors respond to the Tweet below with a button command (e.g. up, down, left, right, A, B), Liétard’s avatar will update (every 15 seconds) to reflect these commands in the game.

You can now play Pokemon Red in my avatar! ?

Comment one of those buttons on this tweet:
Up, Down, Left, Right, A, B, Start, Select pic.twitter.com/9RV383BGjW

As you might expect, the game is still going a little chaotically with thousands of players sending Red in all kinds of directions haphazardly. Nevertheless, we’ll report back if the collective internet actually manages to complete Pokemon Red like this in the future!

What do you think? Have you tried your hand at this strange version of Pokemon Red? Feel free to share below!