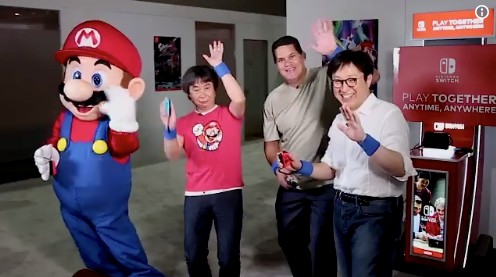 During E3 2018, the leaders of Nintendo had an intense match in Mario Tennis Aces.

Check out the fight below:

Reggie and Mr. Takahashi took to the courts for a special showdown with Mr. Miyamoto and Mario! Which team do you think won? Square off in intense tennis action for yourself in #MarioTennis Aces, available today for #NintendoSwitch! pic.twitter.com/I7tAHIpkPY