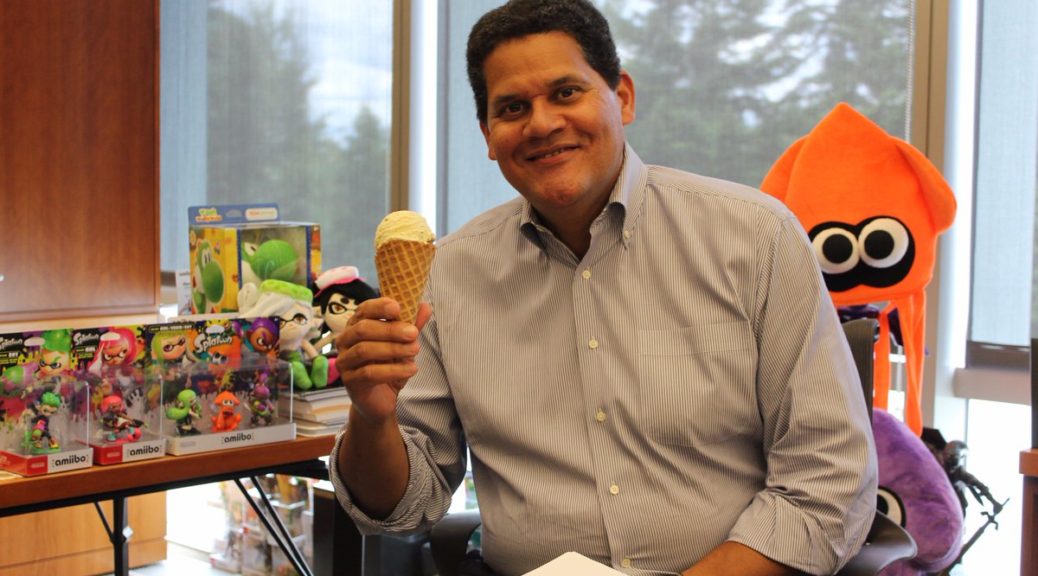 So does VP of Sales and Marketing Doug Bowser.

Princess Peach may be in another castle, but @thetruebowser is right here, representing #TeamIceCream for #Splatfest. pic.twitter.com/ovVm8sfbwv

The big boss himself, Reggie Fils-Aime, prefers ice cream too.

Reggie steps up for #TeamIceCream! Now it’s up to you, download the #Splatoon2 World Premiere demo & help decide the winner of #Splatfest! pic.twitter.com/0eUOnd8C3J

The only big shot backing Team Cake is Cynthia Gordon, who is in charge of Nintendo of America’s press relations.

It’s a cold world out there with all these #TeamIceCream supporters, but @newcynthia is proud to be #TeamCake! #Splatfest pic.twitter.com/4mr4LhFp1j

Team Ice Cream may have huge backing from the head honchos, but that doesn’t mean it will perform the best. We’ll see which team will emerge the strongest in the Splatoon 2 Splatfest later today, which starts at 3pm Pacific Time.