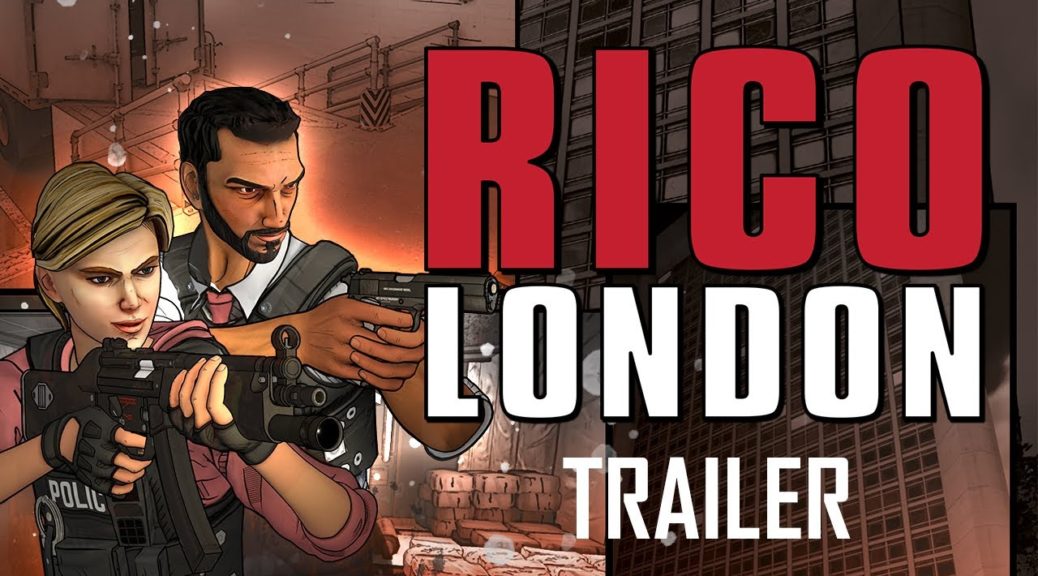 Originally revealed back in February, the stylish first-person shooter is scheduled to launch on September 2nd for Switch. For a recap of what the game is all about, you can check out its original announcement trailer below, along with additional details via Steam:

While everyone is getting ready to party the metropolitan police are working overtime. Detective Inspector Redfern finds herself at the scene of an emerging arms trade at the foot of a high-rise tower. Without the permission of her superiors or the support of backup, Redfern prepares to go kick off the millennium with a bang.

RICO London is a gang-busting, name-taking, explosive co-op shooter. Battle your way up the high-rise tower stacked with East End gangsters solo or with a partner. Crash through doors, dodge bullets and turn the weapons of the fallen into your personal arsenal. Do whatever it takes reach the top.

It is all down to you (and your partner) to bring the whole lot of them down, in the only way you can… kicking doors and shooting bad guys!