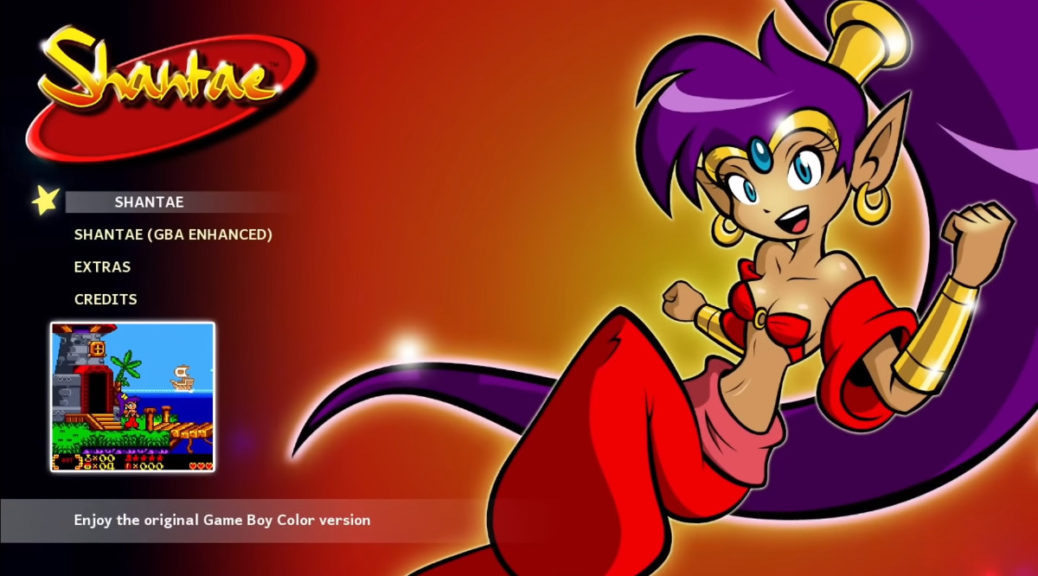 Several months back, WayForward and Limited Run Games announced that the original Shantae would be landing on the Nintendo Switch. Well, the wait is almost over for fans for the beloved half-genie!

WayForward has confirmed that Shantae will be hitting the Switch eShop on 22 April 2021, for $9.99 USD. Aside from enjoying the original Game Boy Color classic, players can also enjoy the game in its enhanced Game Boy Advance mode (which gives Shantae a new transformation). As seen in the screenshot above, the Switch release will also include some “extras” that WayForward has yet to reveal.

Check out the official release date trailer below:

“The original Shantae is back and coming to the Nintendo Switch eShop on April 22! Initially launched in 2002, Shantae is the acclaimed action-adventure-platformer that is often considered one of the most impressive Game Boy Color games ever produced. In this pixel-perfect adaptation, Shantae hair-whips, dances, and transforms as she seeks out four elemental stones throughout Sequin Land to put a stop to the nefarious lady pirate, Risky Boots!”