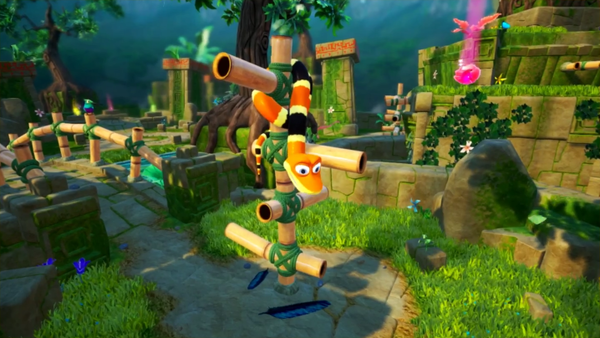 Super Rare Games and Snake Pass developers have announced a physical release for the Nintendo Switch version of Snake Pass.

More details about this physical release, such as its price and release date, will be announced in the near future. Check out the box art below.

You have all been asking for it…

So we are *incredibly* pleased to announce that we have partnered with @SuperRareGames to bring a limited edition physical release of Snake Pass to #NintendoSwitch exclusively from https://t.co/Ew02jYvvri!