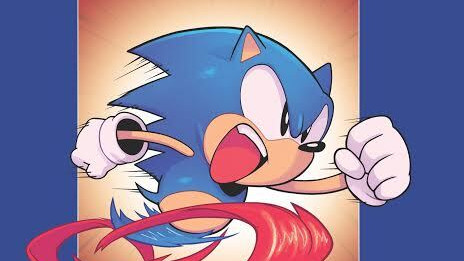 It looks like comic book fans will be revisiting Sonic the Hedgehog’s past in a new printed adventure later this year!

IDW, the current publishers of the Sonic the Hedgehog comic series, have announced a special 30th anniversary comic book that will contain 80 pages of special stories for the blue blur. This will cover three completely original stories, as follows:

The publisher also shared that the comic would be available as four cover variants. Cover A will be by Sonic Team, and Cover B will be by Christina-Antoinette Neofotistou. Additionally, two more retailer incentive editions (not yet revealed) will feature artwork by prominent Sonic illustrators Patrick Spaziante and Tyson Hesse. Here’s a closer look at Cover A and Cover B below (click to enlarge):

Additionally, IDW announced that the comic will also be available as Sonic the Hedgehog 30th Anniversary Celebration: The Deluxe Edition, a hardcover version with special bonus content like an additional story by Gale Galligan, a cover gallery, and a “From Script to Comic” feature. This edition of the comic will be launching on 5 October 2021.

Finally, a Sonic the Hedgehog 30th Anniversary comic was also revealed for Free Comic Book Day (which takes place on 14 August this year). It’s not clear how much the contents of this free version will overlap with the one announced by IDW, but it will feature a unique cover as shown below:

We’ll report back if we hear any more interesting details about this comic in the future. Stay tuned!