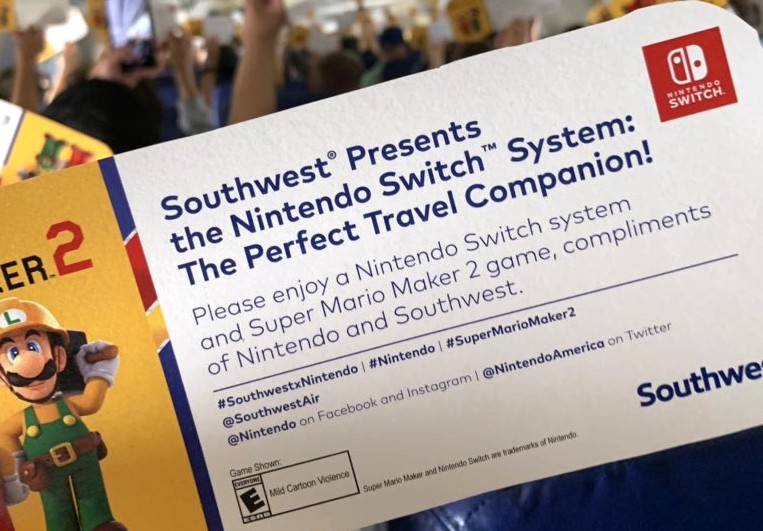 Apparently, Nintendo and Southwest teamed up recently to gift free Switches and Super Mario Maker 2 download codes to every passenger aboard Southwest Flight 2246. @NMFreed was one of those lucky folks whom first broke the news via Twitter, as seen below.

They just gave every person on board a free Nintendo Switch and Super Mario Maker 2!!! #SouthwestxNintendo pic.twitter.com/BUPY3IdTOS

The huge giveaway actually marks the start of a 30-day giveaway promotion by Nintendo and Southwest. Namely, one passenger each day from July 15 – August 13 will stand a chance to win the same Switch and Super Mario Maker 2 combo! You can check out more details about the giveaway over here.