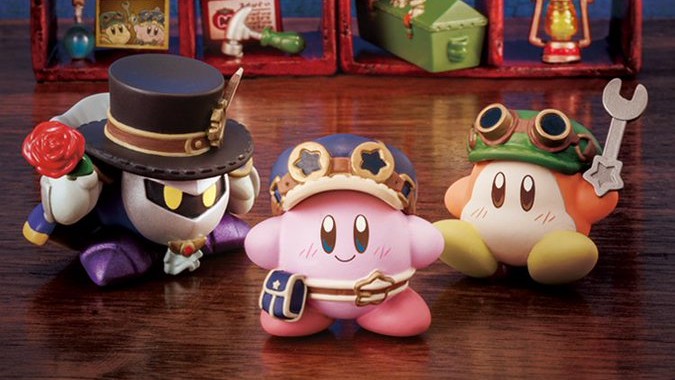 It looks like more fantastic collectibles are on their way to Kirby fans worldwide!

Re-ment has revealed that it is creating figures and merchandise based on new artwork for the Kirby franchise – titled ‘Kirby’s Dreamy Gear‘. Instead of fluffy friends or killer robots, the product line will feature Kirby and friends with a Steampunk look!

Here’s a quick look at the preview from Re-ment below (top), along with the Kirby’s Dreamy Gear key art (bottom). 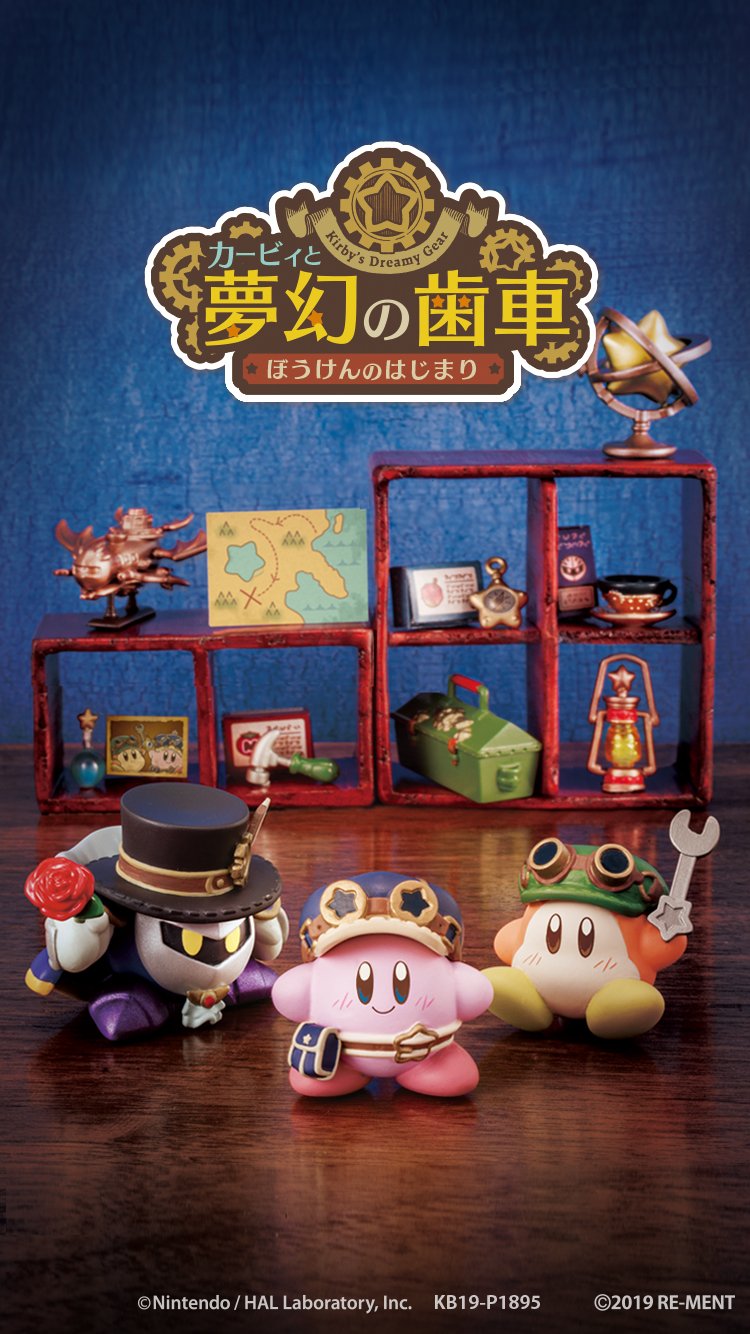 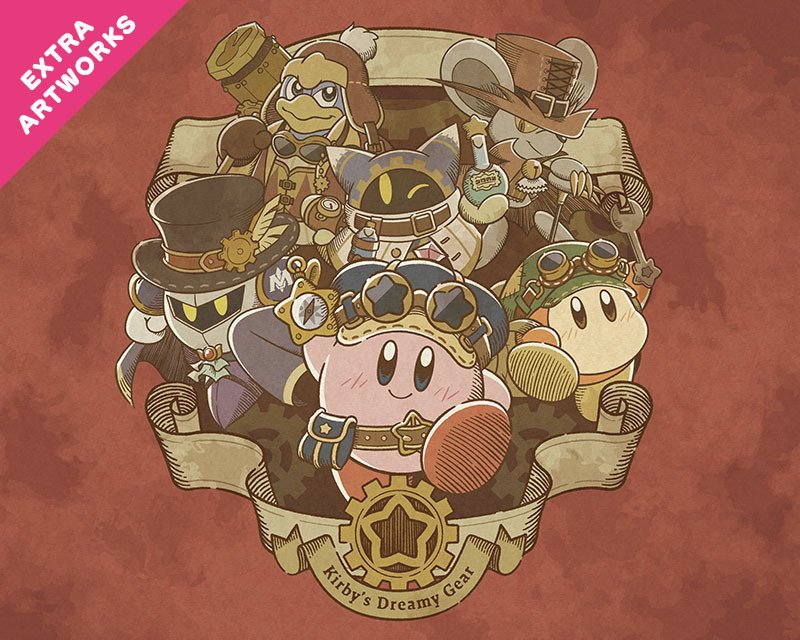 While the preview only shows three figures (Kirby, Meta Knight and Waddle Dee), the artwork’s inclusion of King Dedede, Magalor, and Daroach implies that we’ll likely see figures for them too.

Re-ment and Nintendo have not actually revealed any release date or actual product SKUs for now, but we can probably expect to hear more from them soon. Stay tuned!