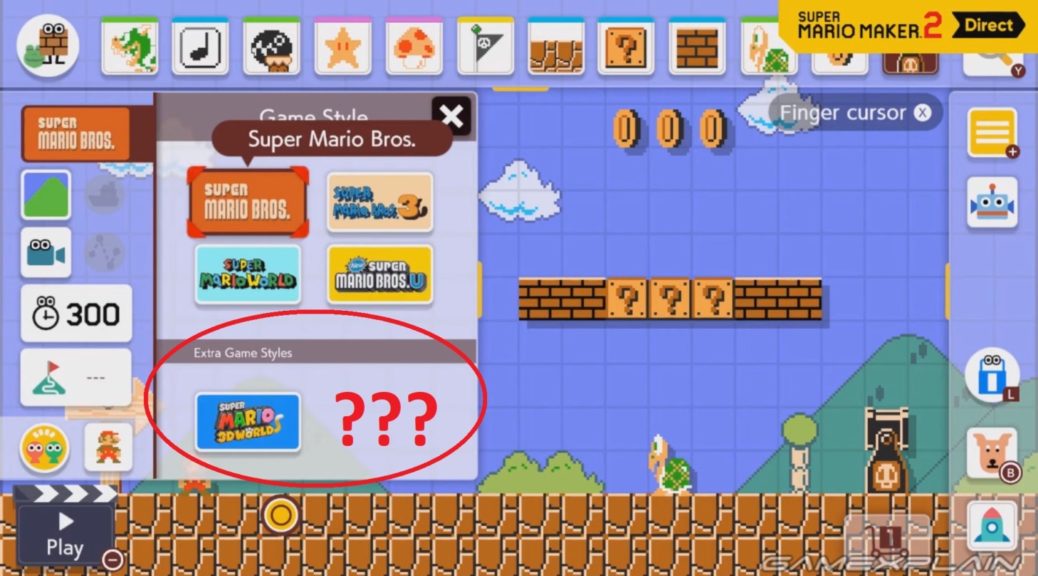 Earlier today, Nintendo finally confirmed that Super Mario Maker 2 would be receiving a new Super Mario 3D World game style. The new style would allow players to use Cat Mario, glass pipes and other features when creating stages. However, it looks like Mario fans could also be in for some extra surprises in the future.

Several fans and outlets analyzing the recent Direct focusing on the game have noticed a peculiar detail about the ‘Game Style’ selection menu which opens up during stage creation. Namely, that Super Mario 3D World appears under a section titled ‘Extra Game Styles’. 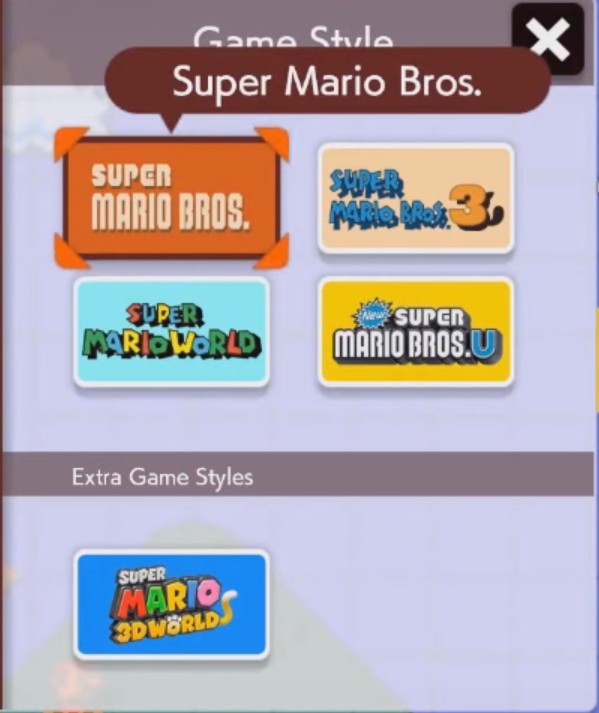 Of course, this phrasing is odd because there’s only ONE Game Style under the section currently! Many are now speculating that Nintendo will add more Game Styles in the future – such as Super Mario Bros. 2 or other unrepresented Game Styles.

Here’s GameXplain’s take on the discovery:

As with all unconfirmed information, we urge all NintendoSoup readers to treat this with a grain of skepticism. We will report back if Nintendo makes any official announcements in the future.