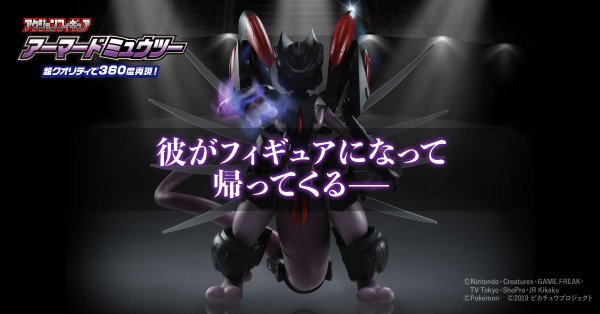 Takara Tomy has revealed a new tie-in figure for Mewtwo Strikes Back Evolution.

The news comes to us from an announcement trailer posted on Takara Tomy’s Youtube channel. It shows off a fully articulated action figure of Armored Mewtwo as it appears in the upcoming film, as well as its removable armor gimmick. The figure is set to release on May 31st in Japan. More images and details can be found on Takara Tomy’s Website.

Check out the trailer for yourself below:

Pokemon The Movie: Mewtwo Strikes Back Evolution will hit theaters on 12 July in Japan.